So often in Bordeaux tales of familial domination eventually peter out, giving way to corporate fiscal superiority. Whether the owner is a French insurance firm, a Japanese conglomerate, or even a Champagne house, ownership and control by big business is not unknown in Bordeaux. In fact, as Napoleonic laws of inheritance essentially force families into converting their estates into family-run businesses, and punitive inheritance taxes also take their toll, it seems almost like an inevitable progression.

And so it is very fine to read of an estate where this process has been reversed. Château Malartic-Lagravière has passed through the hands of a number of notable families; one imagines that Lagravière may relate to an original owner, although the evidence for this is sparse; it is perhaps more likely that it relates to the soil or location instead. And then came the Malartic, Ricard, Ridoret and Marly families, each of which made their mark on the property and vineyard, before the estate finally fell into the ownership of a well known Champagne house. In the latter years of the 20th century, as the vineyards and cellars called out for new investment and revitalisation, the property changed hands once again. But the new owners, who signed the deal in the final weeks of 1996, were no multinational conglomerate. Yes, they had made their money through business, but Château Malartic-Lagravière was most certainly a family acquisition, and today control has already been handed down to the next generation. This estate truly is a family business once again. 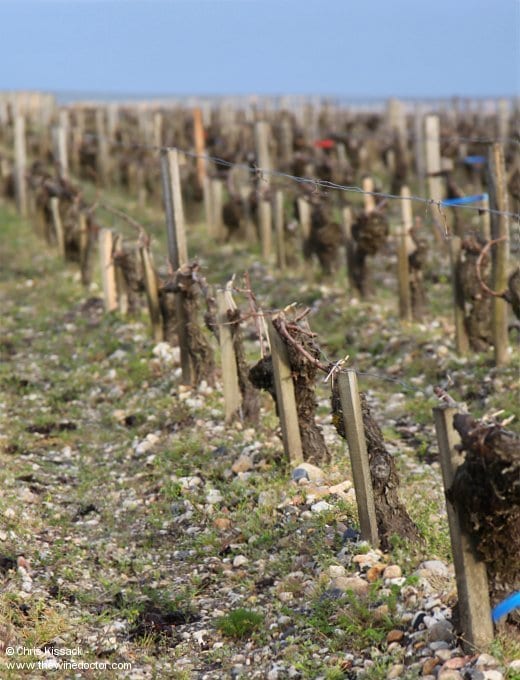 But before we get to these lucky proprietors, who hail from Belgium, I think we should look in a little more detail at their predecessors.

Château Malartic-Lagravière, originally Domaine de Lagravière, was purchased by Pierre de Malartic at the cusp of the 17th and 18th centuries. It was not until the middle years of the following century that the estate took on the name by which we now it today, when a subsequent owner added the prefix Malartic, in honour of the family’s most famous son, Comte Anne-Joseph-Hippolyte Maurès de Malartic, Pierre de Malartic’s uncle. An admiral of the French fleet, Maurès de Malartic fought for France against the British in the battles of Quebec, including the Plains of Abraham in 1759 and Sainte-Foy in 1760. Later in life he took up a position as governor of the Ile de France, today better known as Mauritius.