I suspect that the name La Solitude does not conjure up any particularly strong images or associations among 21st-century wine drinkers, but for God-fearing folk in Bordeaux during the 19th century, La Solitude was an important new religious focal point. What was an old hunting lodge was transformed into a home for religious devotees, who began tending the land, and of course that included plantings some vines.

So far, so familiar. The historical intertwining of religion and the vine is not exactly a new motif in the world of wine. What makes Domaine de la Solitude different, however, is that this is not simply an historical association. This estate today remains the home of a religious order, and there is still an extensive vineyard planted here as well. In this profile I look at the surprisingly sketchy history of this domaine, through to modern times, when the increasingly business-savvy nuns eventually turned over the running of their vineyard to one of their more skilled and renowned neighbours.

The exact origins of the estate are not clear, as the buildings predate the arrival of the religieuses. The only anchor the domaine has in history is that the main building, the hermitage, was originally a hunting lodge used by Montesquieu (1689 – 1755), the famous French philosopher. Otherwise, nothing is known of the estate’s ancient history, and the mists of time only begin to part at the beginning of the 19th century. 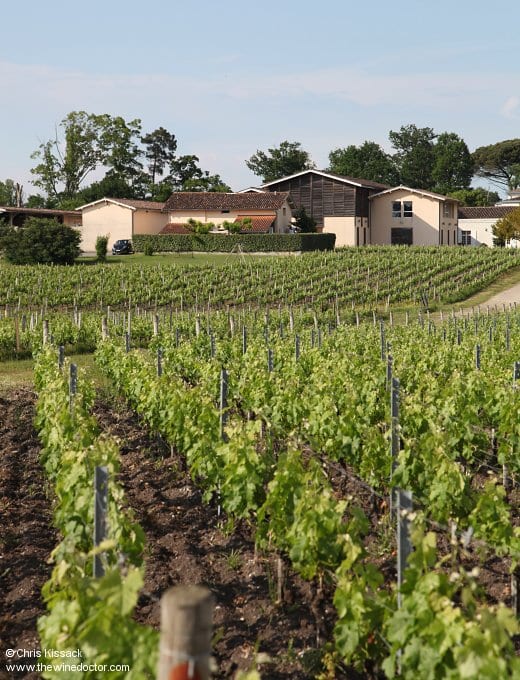 At this time La Solitude was inhabited by the religious Association de la Sainte-Famille de Bordeaux of Notre-Dame de Lorette. This religious community was founded by a local priest by the name of Pierre Bienvenu Noailles (1793 – 1861). Having only recently arrived in Bordeaux in 1819, after being ordained as a priest in Paris earlier that year, Father Pierre was visited by three young women. The trio, one of whom was Pierre’s sister, sought Pierre’s advice on how they could dedicate their lives to God. Eager to assist them, and with the encouragement of his bishop, in 1820 Pierre was moved to established a religious community.