With a distinctive blue shield on the label, the wines of Château Smith-Haut-Lafitte always had a tendency to stand out in a crowd of bottles. I still remember the first time I came across one such bottle, looking quite lonesome in a branch of Scatchard’s, an old Liverpool wine merchant. It was from a good vintage for the region, but was rather pricy, and in addition the estate at that time was reputedly passing through a period of under-performance. When looking for quality in Pessac-Léognan, Château Smith-Haut-Lafitte was one name that came low down on anyone’s list, after more popular and more exalted estates such as Château Pape-Clément, Domaine de Chevalier, Château Haut-Bailly and, of course, the complex of Clarence Dillon properties, these days reduced to principally Château Haut-Brion and Château La Mission Haut-Brion.

Today, to hold such a view would be outdated. Château Smith-Haut-Lafitte is a prime example of the wave of reinvestment and revitalisation that Bordeaux has seen in the latter years of the 20th and early years of the 21st centuries. In this case, the whirlwind duo of Daniel and Florence Cathiard have not only pulled this estate from the mire, but have somehow managed to catapult it to the very forefront of the Pessac-Léognan appellation, if not to the front of all Bordeaux. Tastings of recent vintages, both white and red, have demonstrated that there are now excellent wines produced here. Château Smith-Haut-Lafitte is no longer a bottle one glibly skips over during the hunt for the best Bordeaux has to offer.

Like many Pessac-Léognan estates, the history of Château Smith-Haut-Lafitte is much more impressive than that of many estates further north in the Médoc, which was only drained and made suitable for vineyards in the past few centuries. Properties in Graves, the main appellation here, from which Pessac-Léognan was cleaved off in 1987, as well as the sweet wine enclaves of Sauternes, Barsac and the lesser known Cérons often date back to Medieval times. The region’s more modern buildings frequently incorporate the remains of ancient houses or even grand fortresses. 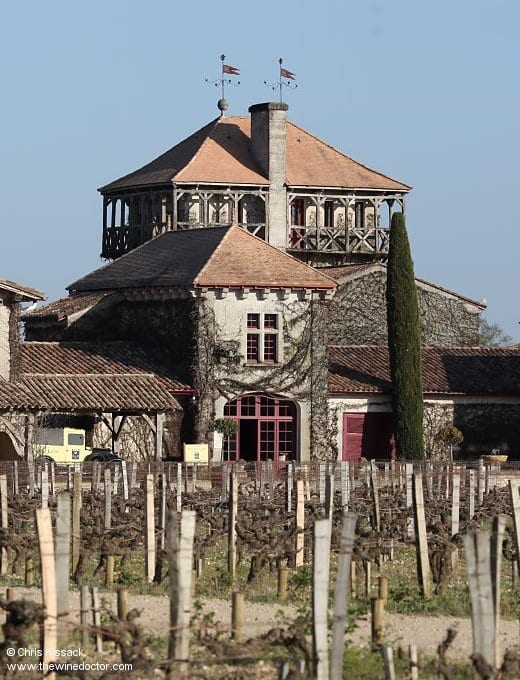 Château Smith-Haut-Lafitte is no exception to the rule; it is claimed that viticulture was undertaken here by the Bosq family as long ago as 1365, when the Médoc was mere marshland, although there are no buildings standing today that date from this period. Other than this piece of information little is known about the ancient history of the domaine, nevertheless the mist clears a little in the 16th century, when records prove the existence of the estate, although it was not until two centuries later that the first Smith came on the scene in the shape of George Smith, a Scottish merchant who purchased the property.