The Dubourdieu name seems to be known in principally two arenas in the Bordeaux region. The first is Sauternes, or Barsac to be more precise; the Dubourdieu family have been proprietors of Château Doisy-Daëne and Château Cantegril for many years, the former since its acquisition by Georges Dubourdieu in 1924, the latter since it came into the family in 1945 when Pierre Dubourdieu married Jeanine Mansencal. The second reason this name is so well known, however, is through Denis Dubourdieu’s work as a consultant; he works as an advisor to winemakers across the region, but his annual reports also make fascinating reading for anyone – winemaker, négociant, consumer or critic – who happens to have an interest in the latest vintage. 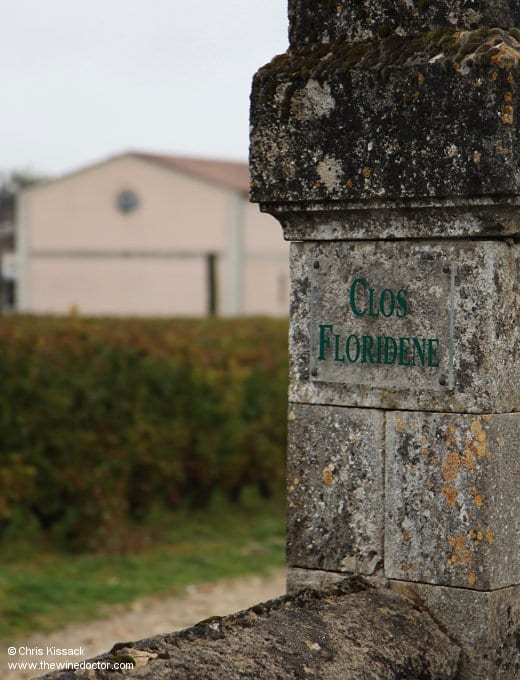 Denis Dubourdieu and family own or farm at least three other domaines in Bordeaux, however, and of these the best known is probably Clos Floridène. Although this estate only seems to have come to prominence during the last decade or so, this is perhaps indicative of the commitment required to see a vineyard gain a reputation and a following. Any vineyard is a long-term project, and Clos Floridène is one that Denis Dubourdieu and his family have been working on since the early 1980s. The white wine in particular has developed an cult-like following, offering an authentic taste of the Graves style, but at (for the Bordeaux region) a fair price.

This profile looks at the domaine in a little more detail, beginning with its purchase by Denis and his wife Florence back in 1982.