The only way to really understand a wine region is to visit it, and to spend some time exploring, on foot, by bicycle or by car, getting to grips with its boundaries and its characteristics. You need to arrange some visits of course, because wine isn’t a spectator sport; you are going to come away feeling unfulfilled if you haven’t checked out some vines, felt the sand, clay, flint or limestone soils in your hands, and then tasted the corresponding wine.

By exploring in this manner you may discover new and unanticipated delights, or understand something no wine critic or wine writer has ever managed to communicate. Take, for example, the Pessac-Léognan appellation; it is tempting to think that this only boasts a dozen-or-so châteaux, namely those made famous by their ranking in the Graves Classification. But the truth is, in fact, very different. Take a drive around the communes of Pessac, Cadaujac, Martillac, Villenave d’Ornon or any of the other communes eligible for the Pessac-Léognan appellation and you will soon realise just how much you don’t know about this particular corner of Bordeaux, as you pass one unfamiliar château after another, each one proudly boasting their allegiance to this prestigious appellation. 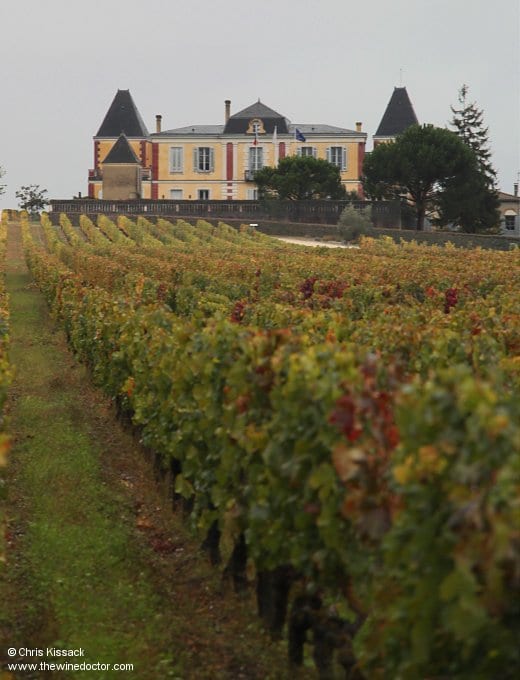 Indeed, there are dozens of unsung and unappreciated châteaux here, seemingly hidden from view by being outside the region’s 1959 classification. One such less well-known name is Château de France, which sits in plain sight off the main road which runs south out of Léognan. The château and vineyards sit just behind those of Château de Fieuzal. Although it fell into dereliction during the 20th century it has been rescued by the Thomassin family, and these days it makes wines which are once again worthy of our attention.

The story of the vineyard begins in the 17th century, although the rather peculiar name of France most probably predates that. It does not reflect any national or international standing, but is in fact derived from the name of an ancient lieu-dit, once part of the ténement de Gardère. Some of the earliest recorded tenants were Marseau Dubasque and Jean de Latreilles; of these two, we know from documents written in 1648 that Dubasque acquired his vines from a cooper named André Dejean. It was Philippe Decoud who we should perhaps credit with establishing the domaine though; he did this by gathering together these various parcels of vines during the 1680s. Decoud was also responsible for the château that stands today, which he built on the foundations of an old manor house, retaining an extensive vaulted cellar in the process.