The owner of Haut-Brion at the time of the creation of Les Carmes Haut-Brion was Jean de Pontac, who was reputed to have attained the rather grand age of 101, a notable feat even today, so four centuries ago it must have been remarkable. In his dotage he gave as a gift a portion of his estate to the Carmelites, a Catholic order founded in the 12th century. The gift included a water mill, pasture land and a vineyard; the latter was tended by nuns of the order for two centuries, and during this time the name morphed from Haut-Brion to Les Carmes Haut-Brion, reflecting the ownership of the property by the religious ascetics. Their tenure came to an end with the Revolution, when the property was confiscated as a bien national and sold off, nevertheless their presence here remains stamped on the region, both in the name of the property they tended, and in the name of the street on which it can be found, the Rue des Carmes. 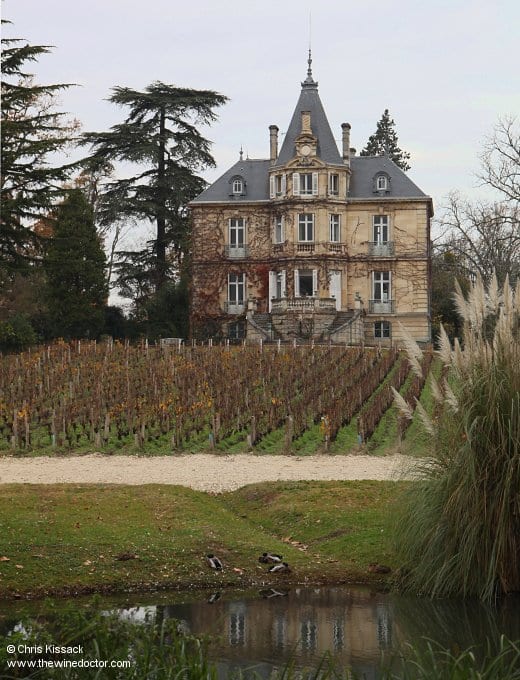 The estate was acquired by Léon Colin and his descendents, in the shape of the Chantecaille-Furt family, retained control of the estate for slightly longer than the Carmelites had managed. The family held tenure here through the 20th century and into the early years of the 21st century, their most notable contribution to the estate being the erection sometime during the 19th century of the attractive and certainly distinctive château; it is not as impressive as some in terms of size, but it is charmingly composed and blessed with 3 hectares of attractively landscaped gardens designed by Fischer. And perhaps the most ignominious moment came in the 1950s, when the estate was in the hands of Philippe Chantecaille, a négociant. He saw little point in submitting his property for inclusion in the 1959 Graves classification, on reflection surely a mistake. Nevertheless, this reluctance explains the absence of Les Carmes Haut-Brion from the listing today.