The history of Château Couhins can be traced back as far as the 17th century, when it was in the possession of the Banchereau family, who were notable lawyers in Bordeaux at the time. The estate was not known by the name Couhins when under their direction though, but was named Bourdieu de la Gravette instead. This family owned the property from 1700 to 1805, the proprietor during the early years of the 18th century being Alphonse Banchereau. After his death in 1730, the estate passed to a son named Jean-Baptise Banchereau. It was during his tenure that the presence of vines on the estate was first noted, on the Belleyme map, printed in 1760. Despite the existence of a vineyard here the family seem to have largely used the estate as a country retreat, and they were responsible for building a grand châteaux. They did also build some winemaking facilities though, to service the crop of the vineyard, which was largely planted with red varieties. Sadly these buildings have long been divorced from the Couhins estate, the château and a slice of the Couhins vineyard having been carved off in the latter years of the 20th century to create Château Couhins-Lurton. The two châteaux neighbour one another, and I will provide more detail on this split further down the page.

First, back to the Banchereau era. Jean-Baptiste Banchereau died on the estate, leaving his widow in charge, and after her death in 1805 the estate seemed to change hands several times. By 1822 the proprietor was Dame Bonhomme-Lapointe, who yielded to Constant Mallet in 1832, then it passed to Charles Mougenot in 1844 and to Antoine Pestré in 1847. The story goes that it was then acquired by Antoine Lair (1791-1865), a wood merchant, who is said to have made the purchase in 1855, and that it remained in his family for some time. This story seems to be contradicted, however, by the 1850 edition of Cocks et Féret, when the vineyard seems to be divided between a Monsieur de Basquiat, turning out 25 tonneaux per annum, and a Monsieur Whitfoot, turning out 20 tonneaux per annum. There is no mention of a Pestré or a Lair anywhere. Likewise in the 1868 edition when there are two proprietors recorded as tending vines at Couhins in Villenave d’Ornon, these being, Monsieur Duchemin, turning out 15 to 20 tonneaux per annum, and Monsieur Grand, who is producing 6 to 10 tonneaux per annum. I have no good explanation for these apparent discrepancies.

By 1883 the latest edition of Cocks et Féret tells us that the Couhins vineyard – now with a château mentioned for the first time – is in the hands of a Mrs J-B Sérès, which does at last tie in with the Lair family. Antoine Lair had married Catherine Dupouy on November 13th 1805, and they had three daughters and two sons. The eldest of these daughters was Marie Georgina Lair (1824-1883), and she had married Jean-Baptiste Sérès on April 16th 1842. She is surely the Mrs Sérès cited as proprietor by Cocks et Féret, her husband having died nine years earlier. 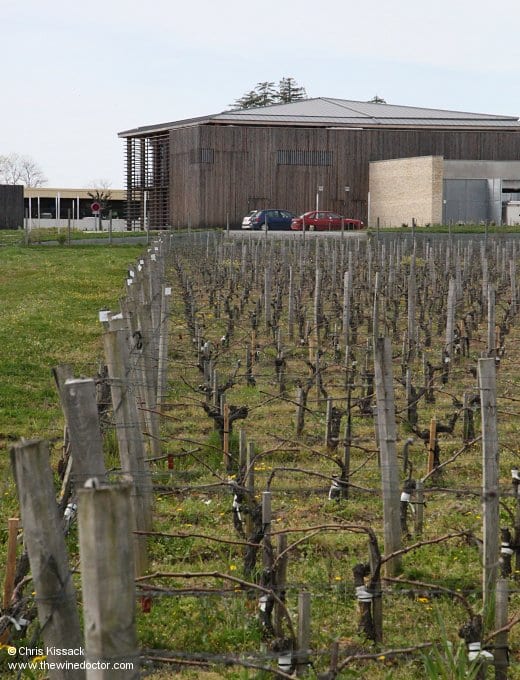 The union produced a single child, a daughter named Angèle Catherin Sérès (1845-1917) who married Victor Alexis Constantin Hanappier (1836-1902) on May 15th 1865. With this marriage the estate thus came into the hands of the Hanappier family. Upon Victor’s death in 1902 it was inherited by their two sons, Bernard Henri (1867-1933) and Jean Georges Hanappier (1867-1935). The latter does not seem to have had any issue, and so the estate then passed to Bernard Henri’s offspring, of which there were plenty. He had married Marthe Girodoux (born 1868) on April 19th 1892 and the pair had three sons and three daughters. Of these the most relevant to this tale seems to be Éliane Catherine Marie Hanappier (1895-1978) as on June 19th 1931 she was married to Marie Joseph Napoleon Marcel Édouard Capbern-Gasqueton (1892-1962), a lengthy but instantly recognisable name to anyone who has followed the wines of Château Calon-Ségur and Château Capbern (or Château Capbern-Gasqueton as it was known until recently) in St Estèphe over the years. The Capbern-Gasqueton family were the proprietors of these two châteaux, and with this marriage between Édouard (as he was known) and Éliane they also took control of Château Couhins.