The story of Clos Marsalette begins with Francis Boutemy, not a name readily associated with the domaine today, but one nevertheless vital to the genesis of this estate. Francis knew wine and winemaking from a young age, because he would often spend his school holidays in Bordeaux, with his grandparents. He would work in their vineyards during the day, and occasionally he would help out with racking and other tasks in the cellars. And this was no backwater domaine his grandparents were running, lost somewhere in the peripheries of the region. His grandfather was none other than Jacques Guillemaud, a négociant and the proprietor of one of the leading unclassified domaines in Pessac-Léognan, namely Château Larrivet Haut-Brion.

After the death of Jacques Guillemaud in the early 1970s Francis, now a young man, took on a much larger role. It looked as though he may one day inherit the estate, a dream come true for Francis perhaps, but sadly it was not to be. His family sold the estate in 1987, and before long Francis was out on his ear. Seemingly unperturbed, he subsequently established Château Haut-Lagrange in 1986. It is an estate he still runs today, and in the meantime Francis has also taken on the office of vice president of the Grand Conseil du Vin de Bordeaux and president of Cercle Rive Gauche des Grands Vins de Bordeaux. His has been an impressive career, especially considering its humble holiday beginnings. 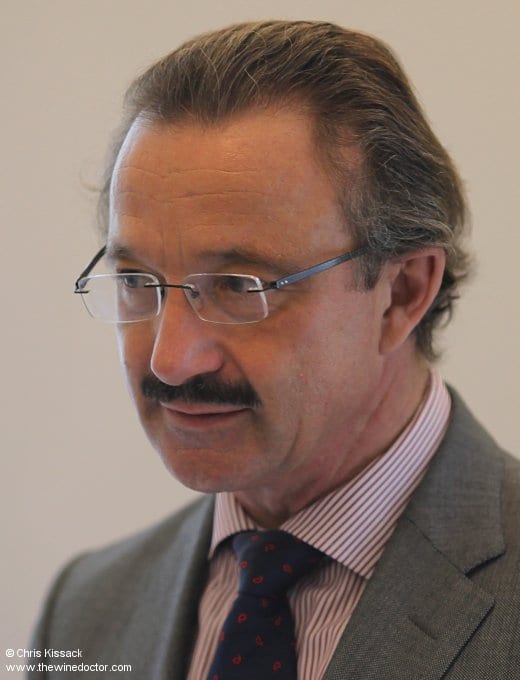 A few years after his purchase of the vines at Château Haut-Lagrange, which is only a few minutes walk through the vines to the south of Château Larrivet Haut-Brion, Francis Boutemy made another acquisition, one that was slightly (only slightly, mind) more distant. He acquired a few parcels of land situated about three kilometres to the southwest, in Martillac. He did not act alone in this matter though; for this venture he joined forces with two friends, including at least one very familiar name. The first of his partners was Stephan von Neipperg (pictured above), well known to these pages, proprietor of Château Canon-la-Gaffelière, La Mondotte, Clos de l’Oratoire, Château Peyreau and Château d’Aiguilhe, in St Emilion (the first four) and Castillon (the last on the list) respectively. The other partner was less well-known, this being Jean-Pierre Sarpoulet, a local surveyor and businessman.