The commune of Cadaujac is one of ten eligible for the Pessac-Léognan appellation, and I think it would be fair to say it is one of the less well known. The true grandeur of the appellation lies in Pessac, where Château Haut-Brion and Château La Mission Haut-Brion can be found, while many of our cru classé favourites are located in Léognan, including Château Haut-Bailly, Château Brown, Domaine de Chevalier and perhaps a dozen more.

Quite why Cadaujac has such a scarcity of cru classé estates becomes immediately apparent when tracing out its boundaries on a map. Much of the commune sits on the edge of the Garonne, where the fertile palus is fine for arable crops but is never going to yield grapes of high quality. Looking back at very old editions of Cocks et Féret it is apparent that there were once many smallholdings on this part of the commune, but perhaps unsurprisingly this no longer appears to be the case. 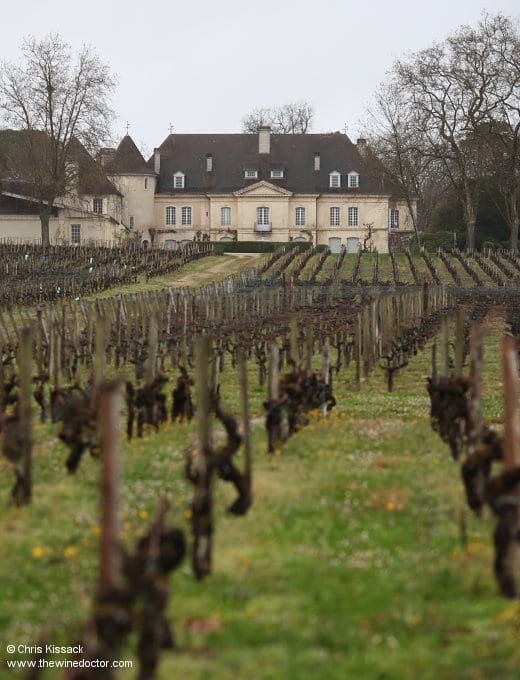 Then, looking a little further inland now, we have the town of Cadaujac itself, and the sprawling suburbs which run up and down the length of the Avenue de Toulouse and the almost-parallel Autoroute des Deux Mers which slices its way through the landscape here. It is only to the west of these two thoroughfares, on a small nubbin of land that juts out, that we find the commune’s vineyards. A very large proportion of these vines belong to Château Bouscaut.