There are few – if indeed any – more evocative names to the drinker of Bordeaux than that of Château Latour. The merchants who drew up the 1855 classification of the wines of the Médoc may well have placed Lafite, later to be Château Lafite-Rothschild, at the very top of the four estates they ranked as first growths, but that hasn’t stopped legions of wine drinkers placing Latour at the top of their personal list of favourites. I would have to count myself among those who, on the whole (because no first growth can dominate in every single vintage) favour the wines of Château Latour over those from the other first growth châteaux.

Indeed, every visit I have made to Château Latour – even if most of them have been rather fleeting visits made during the primeurs tasting week – remains lodged in my memory. First there comes the trial of getting past the security guard on the gate, who has a reputation matched only by Cerberus, guardian of the gates of Hades (yes, I know Cerberus was there to prevent people from leaving, rather than entering, and that he was far from humanoid in form, but surely I am allowed at least one fanciful analogy per Bordeaux profile?). Once past his shiny motorised bollards there then comes the hunt for the tasting room. This is, admittedly, not usually a problem, but arriving in April 2013 in the midst of extensive refurbishment it did take quite some time to located the temporary venue for the tasting, which was in the middle of a building site near the bottom of the vineyard. But most memorable of all, of course, is the wine, at its greatest a paradox, possessing an admirable sinewy and savoury concentration, and yet this comes with a light-footed poise, the wine elegant, expressive and perfumed despite its build. No single facet stands out of place; the beauty of the wine can sometimes be breath-taking. A tasting here, in the Château Latour tasting room (the usual one, not the April 2013 stop-gap), with a vista over the vines on their gravelly slope which gradually descends down to the Ruisseau de Juillac to the south, and to the Gironde to the east, is an experience not to be missed, should the opportunity ever come your way. It will push all the necessary vinous-emotional buttons.

This does of course make something of a mockery of the concept of a blind, impartial assessment of a wine. That Château Latour should be able to incite such emotions through this tasting experience, while most châteaux allow their wines to be poured at communal tastings, sometimes blind, does make the playing field just a little uneven. And so once the moment has passed it is necessary to then hunker down, to shut out the surroundings, close your eyes to the vines and the waters beyond them, and let the vintage in question speak of its merits. It can be done. I accept, however, that it is certainly a flaw in the primeurs system. Unfortunately, the system is not set to change, and with Château Latour having now withdrawn from en primeur sales in 2012, the issue seems – for this château at least – to be less relevant than it once was. 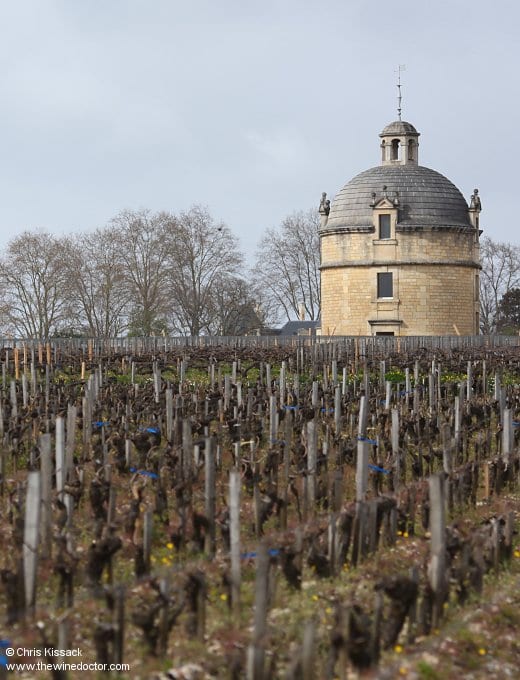 This profile, one of the most detailed on Winedoctor, sets out all I have learnt about Château Latour over many years of following its wines, and during my many recent visits. I start, as always with my Bordeaux profiles, with a look back to the earliest hints of the estate’s genesis.