When one considers the lengthy history of many of the vineyards in the Graves region south of the city of Bordeaux, Château de Fieuzal is perhaps a little unusual when placed against its peers. A significant number vineyards in this region have been in existence for many centuries, some with ancient ecclesiastical origins, and as a generalisation they predate the now more famous châteaux of the Médoc by many years. This is only partly true in the case of Château de Fieuzal, the property having seen the passing of many centuries, and many owners too, including the Rochefoucauld family who held tenure here prior to the Revolution. The vineyard, however, is a much more recent addition, not having been established until the early 19th century, gradually becoming the predominant agricultural activity on an estate which up until that time had been more used to forestry. Despite this, the estate was ranked alongside a handful of others, some more ancient and prestigious, in the 1959 Graves classification. Today it remains one of this notable group of Pessac-Léognan estates.

Although the vineyard proper dates from the time of Napoleon’s reign, it is not until later in the century that pertinent documents begin to record the existence of the estate and its annual production figures. Details on the identity of the owners during this transformation are few and far between. In the earlier part of the century it does indeed appear to be in the possession of the Fieuzal family, the obvious source of the estate’s modern-day name, and they owned not only this estate but also the adjacent Château Haut-Gardère. It appears that for some unknown reason they sold both to the Griffon family, who divided the property, in 1851. One of the Griffon brothers was Consul to Pope Léon XIII in Bordeaux, and he used this connection to his advantage in marketing the wine, which – in the 1893 vintage at least – was reputed to have filled the Vatican’s cellars. This was the year, however, that the Griffon family also relinquished their hold on the estate, selling out to a gentleman by the name of Abel Ricard, who came from a family that already had considerable interests in the region, including Domaine de Chevalier and Château Malartic-Lagravière. 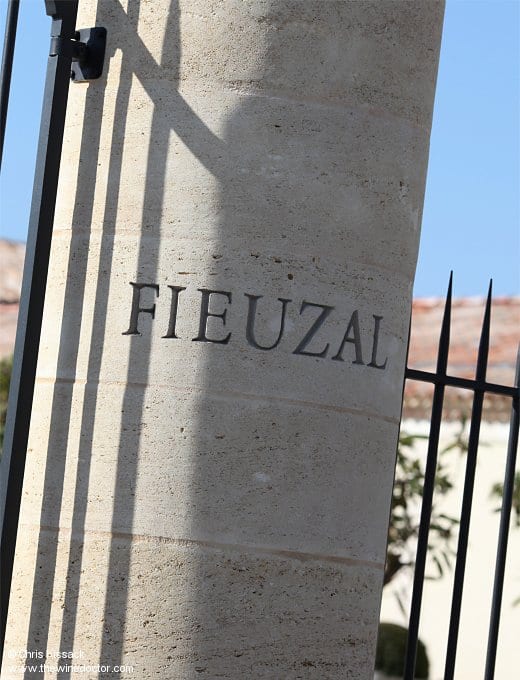 Despite Ricard’s passion his tenure unfortunately encompassed almost all that could go wrong in a vineyard; as if phylloxera and oidium weren’t enough, there was world war and widespread economic depression to deal with also. During his time the estate went into decline, as did so many in the region. It was not until after Abel’s death during World War II that his daughter Odette and her husband Eric Bocké took control, and this change in management marked the beginning of Fieuzal’s renaissance. Work began after the end of the war, when the couple returned to France from their refuge in Morocco, restoring the rundown house (although the modern estate is impressive, it is not blessed with anything so grand as to deserve description as a château) and replanting the vineyard, predominantly with red varieties but also with a few rows of white. Only a few years later, in 1953, the Graves classification was drawn up, and in 1959 it was ratified; the husband and wife team had obviously succeeded in turning round the estate’s fortunes, as it was ranked as a classed growth for its red wine, but not the white which at that time was produced in only minuscule quantities, and was thus not submitted for assessment.