The story of Château Haut Lagrange begins with Francis Boutemy, perhaps not the most familiar of Bordeaux names although it is one that has cropped up on these pages before, as Francis was an instrumental figure in the nascency of Clos Marsalette. Along with his friends Stephan von Neipperg and Jean-Pierre Sarpoulet, he purchased a small parcel of vines in Pessac-Léognan which would eventually grow into that small domaine.

Today Francis Boutemy and Clos Marsalette have long since parted company, the domaine now in the hands of Stephan von Neipperg and his investors. Looking back to its creation though, it was perhaps inevitable that Francis was involved. I say this because Clos Marsalette lies a very short distance from another estate which also owed its existence to Francis Boutemy’s admirable work ethic and undeniable determination. This was Château Haut Lagrange, an estate he had crafted just a few years before Clos Marsalette was born. 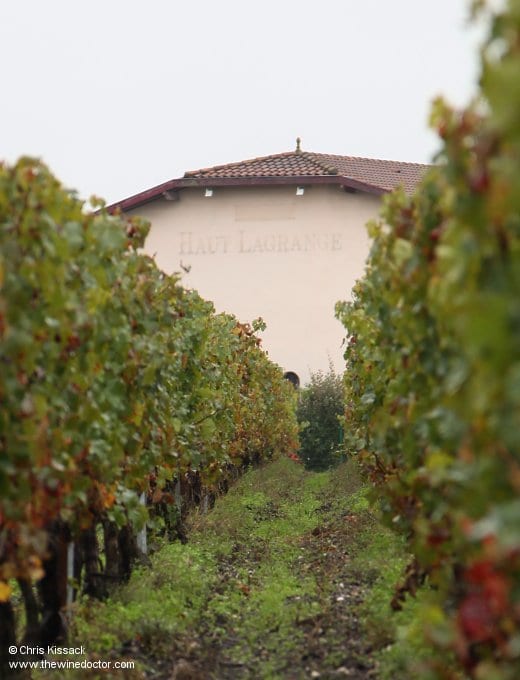 Although he did not grow up in the Bordeaux region, Francis knew it well, as he would often spend his school holidays here, staying with his grandparents. They owned some vines, and he would often help out in their vineyards during the day, and on occasion he could also be found getting his hands dirty in the cellars. His grandfather was Jacques Guillemaud, a négociant and the proprietor of one of the leading unclassified domaines in Pessac-Léognan, namely Château Larrivet Haut-Brion. After the death of Jacques in the early 1970s Francis Boutemy, by this time a young man, took on a much larger role, and it looked as though he may one day inherit the estate. Sadly it was not to be; his family sold it during the 1980s, and it seemed as though Francis was out on his ear.