Martillac is not the most famous of communes eligible for the Pessac-Léognan appellation. At the risk of stating the obvious, the most well-known are surely those for which the appellation is named, Pessac in the suburbs, where we find Château Haut-Brion and Château Pape-Clement of course, and Léognan, further south and home to a large number of the more famous châteaux, including Château Brown, Domaine de Chevalier, Château de Fieuzal and Château Haut-Bailly, among others. Other communes eligible for this appellation, however, are well worth exploring. Not least Martillac.

Today one domaine seems to dominate activity here, that being Château Smith-Haut-Lafitte. There are, however, other estates of real interest here, not least the only other classed growth in the commune, Château Latour-Martillac, owned and run by the Kressmann family for many decades. There are alternatives though, and one that has burst onto the Bordeaux stage in the past few years – and which just happens to have a Kressmann connection – is Château Lespault-Martillac. Situated just a kilometre-or-so to the west of Château Latour-Martillac, this ancient but largely overlooked domaine is being revitalised, following the appointment of a local and very highly regarded Pessac-Léognan proprietor as manager. 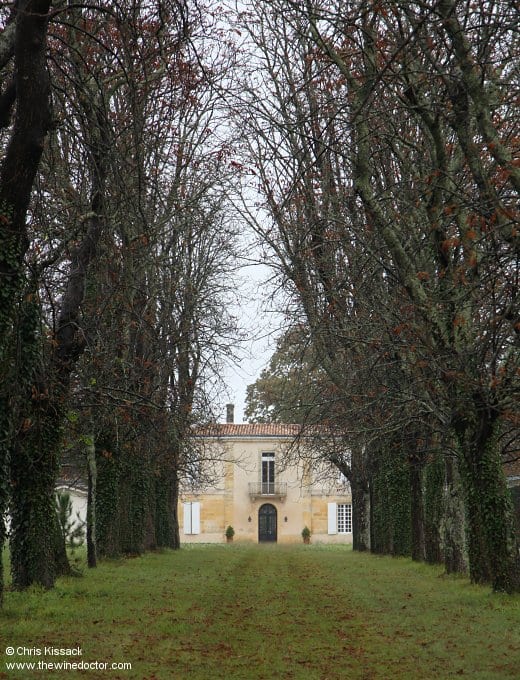 It is written that the domaine has been producing wine since Roman times, although I am not aware of any concrete evidence for this assertion. It may be a simple extrapolation of the Bordeaux region’s Roman history. There has certainly been several centuries of habitation and viticulture here though, as evidenced by the presence of an 18th-century manor house (pictured above). I suspect there may have been many more centuries of activity prior to its construction, although I have found no written attestation to this supposition. The earliest records pertaining to the domaine refer to the Bentéjac family, who were resident here during the 19th century.