After Margaux, St Julien is the next truly great red wine commune of the Médoc. In this guide, we have arrived here after a short detour inland, to the west, to check out the wines of Moulis and Listrac. If you were actually driving north from Margaux, however, you would surely take the D2, which in fact goes nowhere near Moulis or Listrac, but heads north across a patch of land classified only as Haut-Médoc. This land is low-lying, and yet there are still plenty of vineyards here, albeit interspersed with patches of marshland, alluvial meadow and woodland. Some of the estates located here can offer great value, but none that reach the very highest levels of quality found in St Julien or Margaux.

This intervening region is one that has been heavily drained, and driving from Soussans – the northernmost of the five communes eligible for the Margaux appellation – towards St Julien on the D2 you first cross the Estey de Tayac, a significant drainage channel that empties much of the water from this marshy zone into the Gironde. The low-lying nature of the land is most evident north of Cussac-Fort-Médoc, with its water-logged roadside ditches. Then, finally, you cross the Jalle du Sud as you enter the commune of St Julien, followed closely by the Jalle du Nord, just as you approach Château Beychevelle. At this point the road is already rising, and vines have reclaimed the land on either side. We are back on the gravel mounds of the Médoc once again. 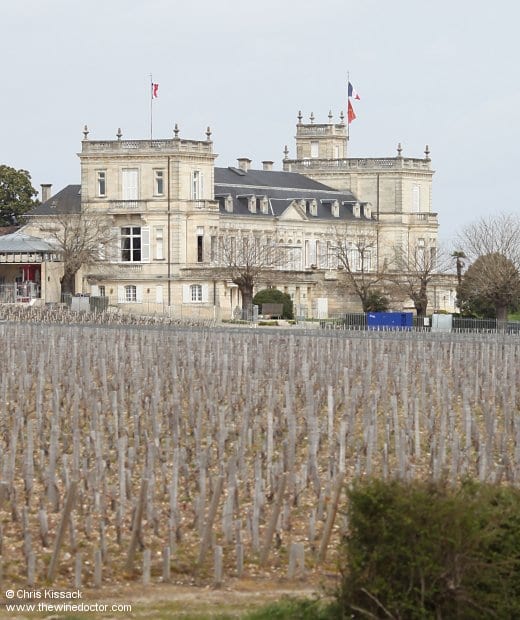 The appellation of St Julien accounts for only 920 hectares of Bordeaux’s vineyards, and if you were to carry on along the D2 it would only be a few minutes before you had traversed the central town of Saint-Julien-Beychevelle, crossed the next drainage channel, the Ruisseau de Juillac, and left St Julien behind. In other words this is not a large appellation, much smaller than the likes of St Emilion. But it is a very significant appellation, and it is the source of wine that many regard as quintessential Bordeaux.