I am not certain of the details of my first ever meeting with the wines of Château Suduiraut; I have many good memories of bottles opened, and bottles shared, but can I be certain which of those bottles – opened before the days of rigorous note-keeping, or even more rigorous online publishing on Winedoctor – was the very first? I am certain of my first meeting with the modern face of Suduiraut though, this being Christian Seely, and he had a bottle (or rather one in a sequence of bottles) of Suduiraut in his hand at the time. And if that weren’t enough, who could forget clapping eyes on the wine trade’s most famous bow tie for the very first time?

The wines in question were largely from the 1990s, although I think the 2001 was there as well, and the year was 2003. Or maybe 2004. The wines were from a run of good vintages that benefited Sauternes around that time; curiously the years in question tended to be odd rather than even. And so we tasted the superb 1997, the under-rated 1999, and the exquisite 2001, at the time brimming with potential rather than ready pleasure. Looking back to that meeting, ten years on, there have been a few changes, although many things remain stay the same. Seely still favours the bow tie. Vintages still have a predilection for the odd years (witness the successes of 2007, 2009 and 2001) although the delightful wines of 2010 have ruined this easy and memorable pattern. One thing that has changed, however, is the quality. At that time the wines were good. As the 21st century has marched on, however, it is clear that they are now absolutely top class, success which can largely be credited to the involvement of AXA Millésimes, and the leadership of Christian Seely. But before I provide more detail on Seely’s work here, and the Suduiraut of today, some history is perhaps appropriate.

As is the case with many Bordeaux châteaux the exact origins of Suduiraut are not crystal clear, nevertheless the history of the estate can be traced with a reasonable degree of certainty back to at least the latter years of the 16th century. The responsibility lies with Leonard de Suduiraut, a Bordeaux parliamentarian, who in 1580 married Nicole d’Allard, whose family owned the land that is today the site of the eponymously named château. This fine property was not where the 16th-century newlyweds lived, however, as this was not erected until many years later. 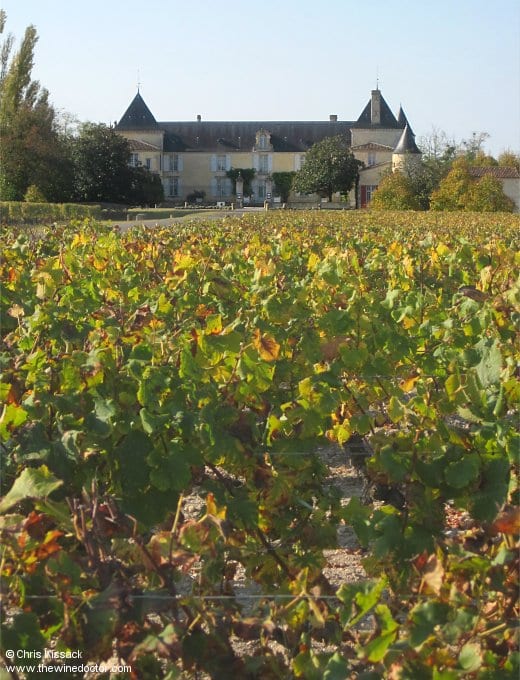 This construction of the fine château (pictured above), was a response to the local Governor, the Duc d’Epernon, who having fallen out with the Suduirauts expressed his rage by flattening their property, forcing the family to redesign and rebuild. In the process the Comte Blaise de Suduiraut, Leonard’s grandson, created one of the finest properties in all Bordeaux, and he surrounded his pristine and elegant chartreuse-style two-storey château with an expanse of gardens. These are still a notable feature of Château Suduiraut, having been designed by André Le Nôtre, who was also responsible for the creation of the Sun King’s gardens at the Palace of Versailles, the Tuileries Gardens in Paris, as well as the gardens at a number of other historic estates.