I’m not quite sure how I managed to overlook Château de Malle on my first ever visit to Sauternes, but overlook it I did. It is, I suppose, not an estate that enjoys the same level of press attention as the likes of, for example, Doisy-Daëne and Doisy-Védrines, although to be fair one of these estates does perhaps benefit from being in the ownership of famous oenologist Denis Dubourdieu. Nor does it seem as well known as Filhot, which is perhaps understandable, Filhot’s production being rather large and its distribution therefore wide. Yet all are deuxièmes crus, and Château de Malle is certainly not the least impressive of this quartet.

Indeed, Château de Malle has a lot going for it. The wines are good, and appear to have improved considerably over the last couple of decades, under the direction of the current proprietors. It also has an impressive history; like Filhot, this property was once possessed by the Lur-Saluces family, influential local nobility who seemed to own at least half of Sauternes, including Yquem, at one point. And the château is visually stunning, comprising a central grand maison, with a mansard roof, flanked by two pavilions, each one terminating in a fat, rounded tower, the dramatic pointed roofs of which perhaps resemble the qubbat of a mosque more than anything you might expect to find on a building of the French Renaissance. It is only its rather isolated position (and maybe that is why I first missed it), tucked away in the northern part of the Sauternes appellation, squeezed between the autoroute on one side, and the railway on the other, that detracts from its overall impact.

The Malle family’s presence in the region can be traced as far back as the 14th century, but it is not certain that there was viticulture ongoing at that time. The first suggestion of a vineyard and active winemaking on the Malle estate dates from the 15th century, long before the magnificent château was erected. This building, a magnificent 17th-century edifice, and a registered historic monument, was built by Jacques de Malle in 1650 (and is thus contemporaneous with Château d’Yquem, and yet the two present completely contrasting styes), a descendent of a prominent Preignac family, and also président of the Bordeaux parliament. Five centuries ago the Malle family were clearly successful, well-heeled and well-established. 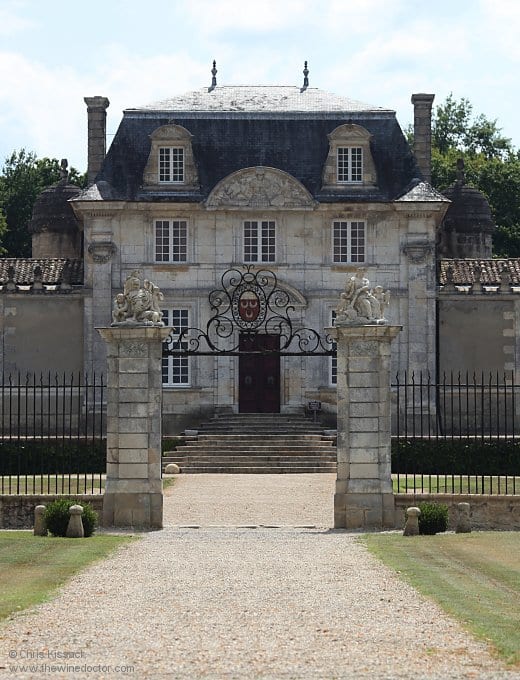 Fast forward in time a few centuries and the estate was in the ownership of Pierre de Malle, the great-grandson of Jacques, an equally successful man, counsellor to Louis XIV, better known as the Roi-Soleil (the Sun King). His daughter Jeanne was married to Alexandre-Eutrope de Lur-Saluces in 1702, and thus ownership of Château de Malle passed to this most powerful of Sauternes families, who also owned at one time or another, Yquem, Coutet and Filhot. It was Alexandre-Eutrope who commissioned the construction of very fine Italianate gardens behind the château between 1717 and 1724, inspired by those he had seen in Florence on his grand tour of Europe several years previously. This explains the presence of numerous classical sculptures that grace the gardens, most of which are the work of Italian craftsmen drafted in for the very purpose.