There are few more distinctive properties in the Sauternes and Barsac appellations than Château Climens. The château certainly has a distinctive appearance, sitting atop a very low rise just to the south-west of Château Coutet and Château Doisy-Daëne, the single-story chartreuse-style villa flanked at either end by rectangular towers, each one topped by a slate pyramid for a roof. The current proprietor, Bérénice Lurton, presents her wines in a system as distinctive as the château; there are no primeur samples here, for instance. Not only does she not participate in the Union des Grands Crus tastings at this stage, but a visit to the property at this time will not yield a taste of a final or even a proposed blend, but rather a barrel-by-barrel tasting of potential components, more akin to what you might find when visiting Richard Leroy in the Loire rather than a big-name Bordeaux château.

And as for the wine itself, no-one can deny that this has a distinctive character, with its fresh Barsac acidity and great depth of botrytised-fruit. In my opinion this is one of the two big names in Barsac (although there are a good number of delicious wines made in the commune), the most believable challenger to the supremacy of Château d’Yquem, and frequently one of the very best wines in any the vintage. 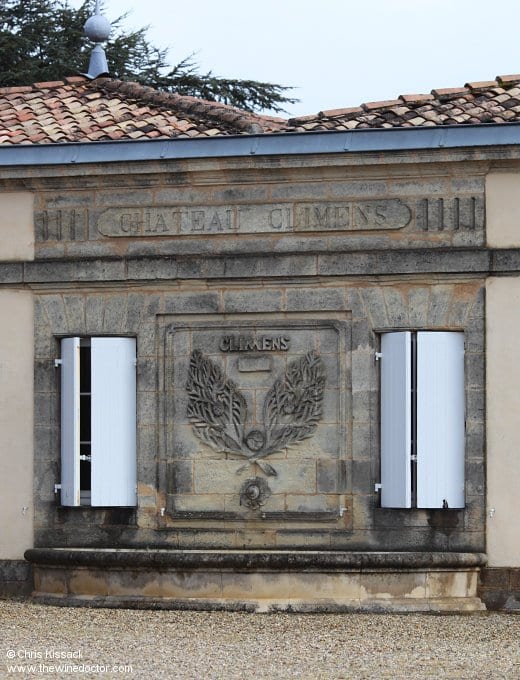 Château Climens has a lengthy and fairly well documented history stretching back perhaps 500 years, although it does not seem that viticulture was undertaken here until the 17th century. Throughout much of the early history of Château Climens it was owned by the Roborel family, who seem to be credited with establishing the property in the middle of the 16th century. It was Jacques Roborel (1460 – 1530), a notaire, who first purchased land within the commune of Barsac, although it was not until the acquisition of the lieu-dit known as Climens Oli by his son Guirault Roborel in 1547 that the story of Climens really begins.