Unlike much of the Médoc, where many châteaux can muster up only a century or two of history, there seems to be no such problem for many of the châteaux of Sauternes and Barsac. Château Lafaurie-Peyraguey is a prime example, the exact origins of the estate lost in the mists of ancient history; its story stretches back at least seven centuries, although its true age may be much older than that. The oldest references to the origins of Lafaurie-Peyraguey mention the construction of a fortified keep in the 13th century, using stone quarried from nearby Ciron, but who knows what was here before this stronghold was built? One thing we can be sure of, however, is that these constructions predate the arrival of viticulture on the estate by many years. The vine came later, and the establishing of the vineyards was most probably the work of Raymond Peyraguey.

The earliest records that make reference to viticulture on the estate date to the early 17th century, when the land was owned by Sieur Raymond Peyraguey, a member of the rural bourgeois set who settled in Bommes in 1618. There is no news on how Peyraguey fared with his vinous venture, however, for the historical trail goes cold, and the next mention of the Peyraguey estate comes more than a century later. 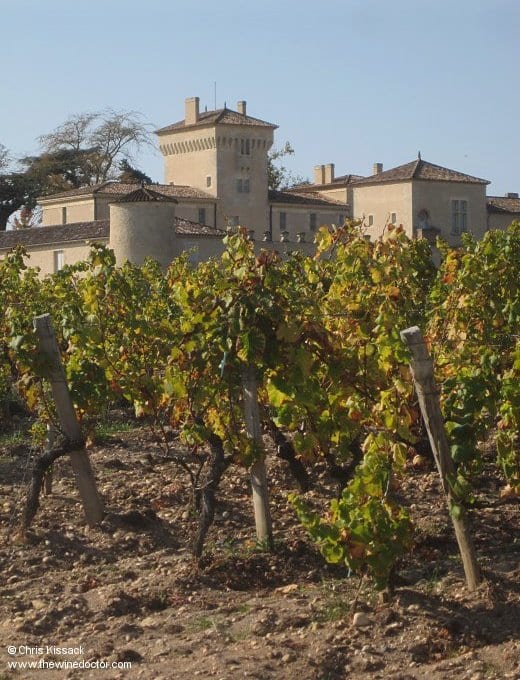 Although no doubt once a vital military post, by the 18th century the strategic value of the château was perhaps on the wane, and it was acquired in 1742 by Baron Nicolas-Pierre de Pichard, a local parliamentarian of considerable repute who also owned Lafite and Coutet, as well as a number of grand titles. Under his direction the estate moved towards ordered viticulture, and he oversaw the construction of dedicated winemaking facilities. None of his titles, land or achievements did him any favours when the Revolution took hold, however, as he met his end at the guillotine in 1794 during the Terreur. The estate, including a 30-hectare expanse of vines (by then known as Château Pichard-Peyraguey) and cellars equipped with presses and vats, was first leased to a local man named Vignon, before being sold as a national asset in 1796 to two gentlemen named Lafaurie and Mauros, although the former soon bought out the latter.