It is easy to overlook the fact that Sauternes as well as the Médoc was sufficiently prestigious to be classified in 1855; when we talk of first growths, the premiers grands crus classés, our minds readily turn to Latour, Margaux, Lafite and Haut-Brion, and not so much Guiraud or Rieussec. But the Sauternes estates were most certainly classified, although they have not all faired as well over the last century as their Médoc counterparts. This is particularly true when we look to the deuxièmes crus, some of which are infrequently sighted and even more rarely tasted. One such estate is undoubtedly Château de Myrat, a 30-hectare estate which fell on hard times in the latter years of the 20th century, so much so that for a period of time viticulture and winemaking ground to a halt here, leading to an fifteen-year hiatus during which the vines were ripped up. Happily the vine has since returned to Myrat, and the wines can now be very good; but before we get ahead of ourselves, we should look at Myrat’s earlier history in a little more detail.

The origins of Château de Myrat are not clear; this is true of many Bordeaux châteaux of course, but it is hardly surprising in the case of Myrat with its uncertain, stuttering performance in recent years. The current proprietors, the de Pontac family, make much of their history and relevance to Bordeaux. And rightly so; they are descended from none other than Jean de Pontac who founded what was to become Château Haut-Brion – although it was then called Château de Pontac of course – back in 1533. Nevertheless, the de Pontacs only came to Myrat in the early 20th century, and the name Myrat is certainly not derived from Pontac. 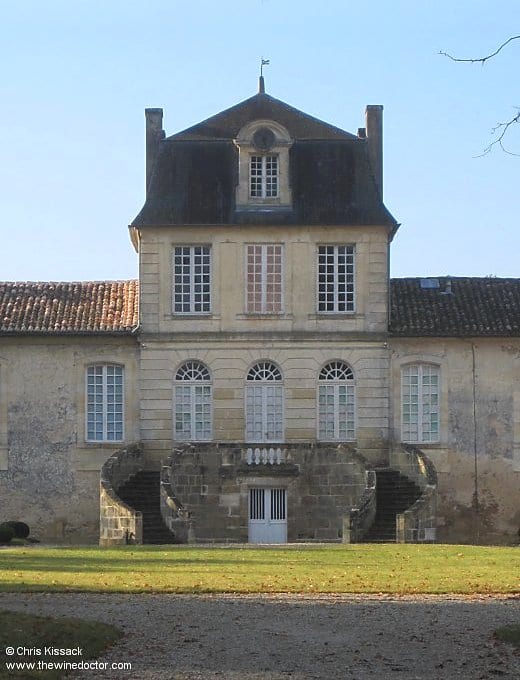 What we do know of this estate is that it has a history which, although sketchy, seems to stretch back at least to the early 18th century, although I suspect the whole story, if we knew it, would begin much earlier. The name Myrat appears to be derived from that of the Dumirat family, who were the proprietors here. During their tenure there appears to have been a union of Myrat and nearby Château Cantegril, consequent upon one of the seigneurs of Cantegril marrying a Myrat daughter. It was probably after this event that the very grand château was erected, some time around 1730, although the cellars beneath are much older, so it would seem it was built to replace a pre-existing building. The Myrat family’s tenure seems to have been a successful one; writing in Sauternes (Faber and Faber, 1995) Stephen Brook tells of a letter written by Bordeaux merchants which suggests that the estate would have been ranked as a premier rather than deuxième cru in the 1855 classification were it not for the vines planted at Cantegril, which was presumably viewed as a lesser terroir.