As with Château Sigalas-Rabaud, the history of Château Rabaud-Promis may be traced as far back as 1660, the two estates having a shared origin and heritage. For many years the story of the two châteaux is in fact one and the same, up until the point the estate was cleaved in two. This division was somewhat faltering, however, a functional reunification of the two estates in the early 20th century meaning that they were not finally separated, once and for all, until 1950. For this reason the story of Château Rabaud-Promis and Château Sigalas-Rabaud are intimately intertwined, so I hope the reader will forgive me if some of the details of this profile seem strangely familiar. It may well be that you have read them before in my Sigalas-Rabaud profile.

The Rabaud and Sigalas Families

The story begins in at least the 17th century, although it seems likely that the true origin of the estate is more ancient than that. Nevertheless, the earliest documents pertain to a Château Rabaud (the spelling varies through the years, but I will largely adhere to Rabaud to save any confusion) which came to the de Cazeau family in 1660 when Antoine de Cazeau married Madame Peyronne de Rabeau. The estate was part of her dowry. The property remained in the hands of its new owners through several generations, until it was ultimately sold in 1819 by Pierre-Hubert de Cazeau, mayor of Bommes. The new owner was Gabriel Deyne (here again there are alternative spellings, including Deyme and Deymes). Deyne must have worked to maintain the quality of the wine he produced, as under his tenure the property was ranked as premier cru in the 1855 classification of Sauternes, when it was listed as Château Rabeaud. 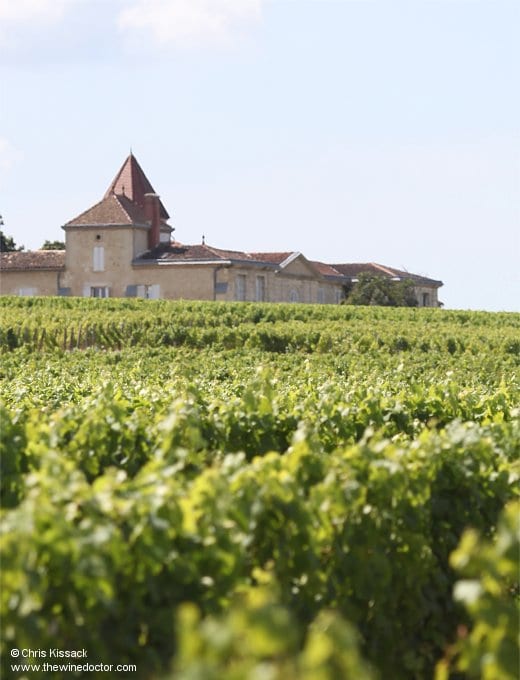 A few years after this success in 1863 Deyne sold the estate, now amounting to about 50 hectares, to Henri Drouilhet de Sigalas. From this point on the name Sigalas appeared on the label, although as Château Rabaud de Sigalas, of Bommes (this predates the appellation system of course, so there was no need to declare the wine as Sauternes), rather than Sigalas-Rabaud. During this time the vineyards were expanded, a significant event in this respect being Henri’s acquisition of Château Pexiotto, a 10-hectare property classed as a deuxième cru. This new vineyard was absorbed into the Rabaud holdings, and yet Château Rabaud somehow maintained its premier cru status despite the inclusion of these lesser vineyards. As many around Sauternes, Bommes, Fargues, Barsac and Preignac are only too happy to tell you, the Médoc 1855 classification was based on price, but the Sauternes 1855 classification was based on terroir. In this event, however, the system seems to have broken down.