Just around the corner from deuxième cru Château de Myrat, and not far from the curious white edifice that is Château Caillou, lies one of the hidden gems of Barsac. For many years this property, Chateau Cantegril, has been a secret enjoyed only by a knowledgeable few. An unclassified estate, this is one wine that has tended to punch above its weight in recent years, with an elegant and minerally rather than rich or voluptuous style. Part of the reason for the success here must surely be the skill and know-how possessed by the proprietor, Denis Dubourdieu.

Denis Dubourdieu will be a familiar name to many; a renowned oenologist who consults far and wide, and who also has an academic role at the University of Bordeaux, within Sauternes he is perhaps best known for the wines of nearby deuxième cru Château Doisy-Daëne. But he also owns Château Cantegril, and in recent years he has been ratcheting up the quality here. So do not let the missing grandeur of a premier or deuxième cru ranking dissuade you from investigating the wines of this under-sung property. Thanks to Dubourdieu, this is one of the few unclassified Sauternes and Barsac estates that is really worth knowing about.

Cantegril per se is ancient, and was once part of a considerable estate belonging to the Duc d’Épernon, and the land here was graced by an imposing Medieval fortress. Subsequently it came into the hands of the seigneurs of Cantegril, local noblemen. One of these lords married a Myrat daughter, and for a time there was some degree of unity between the two estates. Sadly the fortress was largely destroyed during the 18th century, although it was replaced during the late 19th century by a small but elegant château which still stands to this day. Some older buildings still stand though; in front of the château is a courtyard enclosed by cellars and other buildings, and those on the south side date to the 17th century. 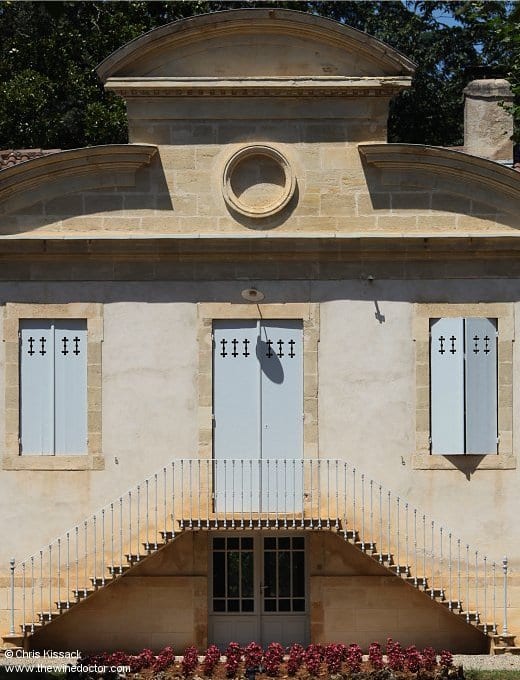 In 1854 the union between Myrat and Cantegril was broken, as was confirmed in later years by a civil tribunal dated December 24th, 1862. The latter estate was sold to a Monsieur Ségur-Montagne. Shortly afterwards the highest-ranked estates were of course subjected to the 1855 classification of Sauternes and Barsac. Cantegril was not included, the reason for which is not entirely clear; perhaps its temporary union with Myrat had made it ineligible? Despite this omission, subsequent listings of the deuxièmes crus of Barsac drawn up for Cocks & Féret have often included Château Cantegril, indicating a quality level perhaps on a par with some of the second growths.