The early history of Château Nairac is imprecise, but the origins of the vineyard seem to lie in part of the estate of André Duranceau, a wealthy accountant from Bordeaux. His estate included a fine house in Barsac with a not inconsiderable area of vineyard, which he leased out. He bequeathed this grand estate to a gentleman named Jérôme Mercade, who was related by marriage to two other notable Sauternais families, proprietors at Château Climens and Château Romer du Hayot. He expanded the residence but carried out no major works in the vineyard, none that have been recorded for posterity anyway. His daughter-in-law Elizabeth Prost, however, having inherited the property from Mercade, certainly did pay the vines some attention; she increased planting, expanding the vineyard, turning it into a serious concern. She was subsequently joined in her efforts by her own son, nevertheless the pair eventually sold the vineyard in 1777, the new owner being Elysée Nairac.

The Nairac family were a wealthy local dynasty, having made their fortune as merchants, in shipping, and in politics. Their first act was to improve the residence, erecting a fine château designed by the architect Jean Mollié. Elysée remained in charge of the estate until his death in 1791, at which point it was bequeathed to his five daughters. Two in particular, Henriette and Julie-Émilie, found themselves in receipt of the vineyard. Together the spinsters lived here until Henriette’s death in 1837, when the family, many of whom had fled France during Robespierre’s Terreur, were forced to put the property up for sale. 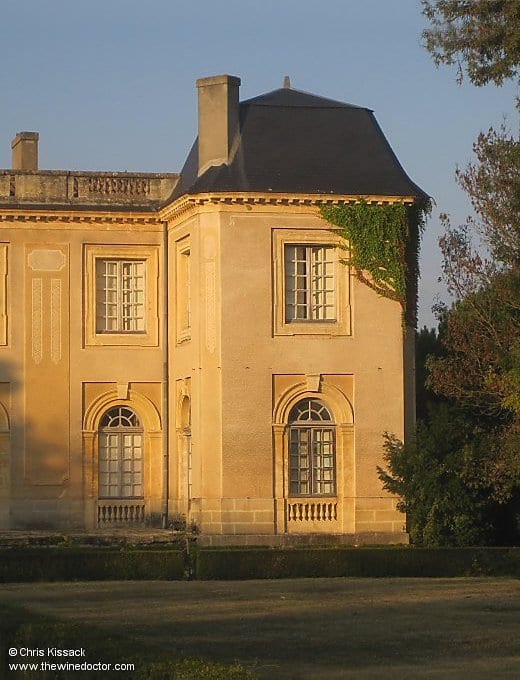 At this point the estate was acquired by Bernard Capdeville of Château Broustet, who also owned an enclave in the western part of the Nairac estate which had been sold off as a bien national following the Revolution. Capdeville united his vines in the Broustet vineyard with those that came with the newly acquired Nairac, creating an estate, at the time known as Broustet-Nérac, with a vineyard of admirable size producing up to 50 tonneaux (one tonneau is 900 litres, exactly four modern-day Bordeaux barriques) per vintage. It was in this state that the property was ranked in the 1855 classification of Sauternes and Barsac.