We have all dreamt of it at times, even if just for a fleeting moment. To wake up and throw open the shutters, allowing the shafts of sunlight that were already peeking through to fully illuminate the room, permitting entry to the heady scents of lavender and honeysuckle that waft up from below. Out there, before you, aligned in neat rows stretching down to the dirt track at the foot of the estate, is your vineyard, or at least one part of it. It surrounds you, your 18th-century residence standing central within it, proud, perhaps temple-like, at the very least palatial. A walk around the vines is in order, you think to yourself, but only after a hearty breakfast of course. 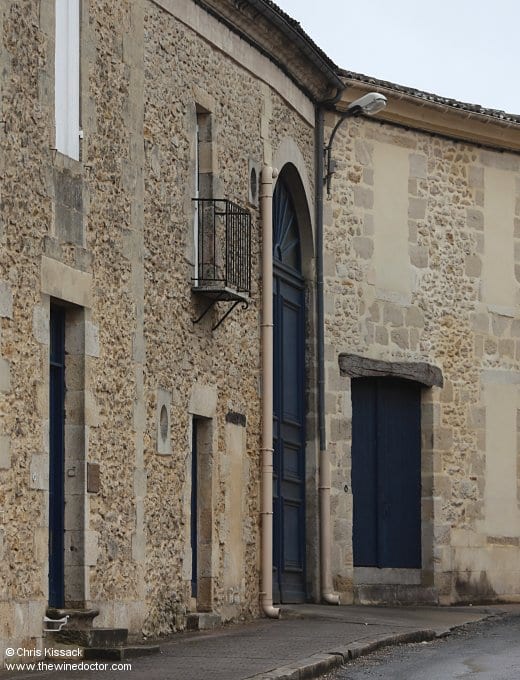 A visit to Château Gilette (pictured above) does not quite match up with this naive and idealistic image of life on a Bordeaux estate. The Médeville family have had a presence in the Sauternes appellation for many years, but they have no pretty château nestled among the vines. They are located in the very heart of the town of Preignac, down a cramped, dead-end side street; indeed, drive too far and you end up in the “yellowing Garonne” of which Ausonius wrote. On my arrival most of this narrow street is occupied by an articulated lorry, its presence here testament to the skill of the driver who seems to have avoided hitting any of the buildings that crowded around it. Directing the loading of several pallets of wine was Xavier Gonet-Médeville (pictured further down the page). Once he had finished, and the lorry driver began the even more delicate manoeuvre of reversing back down the street, Xavier said of their location:

“We are next to the river because up to the 19th century all the wine was transported out of Sauternes by boat. They would ferry the wines along the Garonne up to Bordeaux, where they would go into the warehouses, or be sent further afield by ship. At that time many of the cellars would have been located along the riverside, to facilitate this – the familiar image of a château nestled among the vines is really a modern fabrication”.

There goes my château dream then.