Arriving at the turning into Château Guiraud, I found my way was blocked. Beyond the gateway lay a long avenue, once part of a Roman road, and thus lined with plane trees. You can’t have a Roman road without plane trees, can you? The driveway leads from the entrance up to the château and other associated buildings, but right at this moment four people were obscuring my view of the estate, and their car was blocking the way. My first impression that they were tourists, two couples, and the number plate on their vehicle suggested their origin was Slovenian. And with Château Guiraud looking resplendent in the autumn sunshine, what better backdrop for their holiday snaps could there be?

Stopping to take a few photographs myself, however, it soon became clear to me that these were no ordinary holiday snaps. For a start, only one of the quartet was the subject, and nobody else stepped into the frame. She posed. She pouted. She ran her fingers through her hair, and then posed and pouted some more. I suddenly realised Château Guiraud seemed to be the setting for an impromptu fashion shoot. There was nobody else around. Were the proprietors of Guiraud even aware, I wondered? 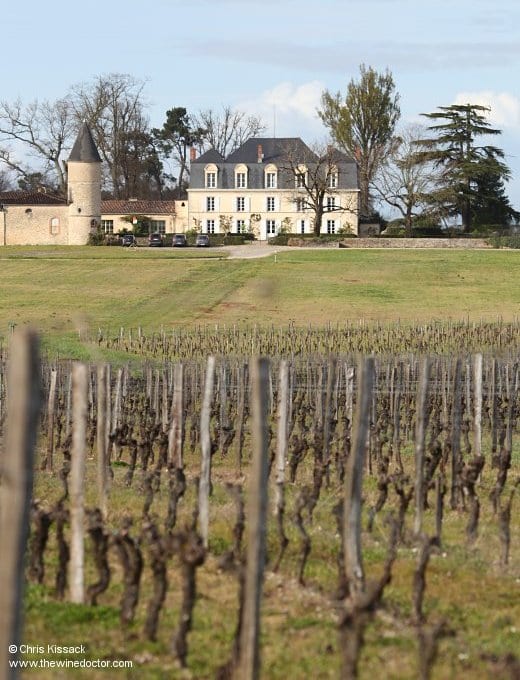 I suspect there are many worse places for a budding model or young actress to be photographed for her portfolio. The château and tree-lined avenue are both charming. But this place is more ‘haut viticulture‘ than ‘haute couture‘. The Guiraud estate is unique among grands crus classés, being fully certified as organic, a very rare finding in Bordeaux, and the wines seem to offer increasing pleasure, perhaps as a result of this change. Many recent developments are down to onetime-manager and now part-owner Xavier Planty, who has been at Guiraud for well over 20 years. But before Xavier came on the scene, having been appointed by Frank Narby in the late 1980s, Guiraud saw many other proprietors, beginning – perhaps – with a man named Bayle.