Although images of it would surely be less widely recognised than those of near neighbour Château d’Yquem, those who have visited Sauternes will have realised that Château de Rayne-Vigneau is no less imposing. Visible from numerous spots across the appellation, thanks in part to its commanding position atop a magnificent gravel croupe, and partly due to its pointed conical roofs, each one topped off by a spiked weather-vane, Château de Rayne-Vigneau is an impressive sight. And this is indeed a very significant croupe on which it sits, second in terms of volume and grandeur only to that on which sits the aforementioned Château d’Yquem. Take a look at aerial maps of the appellation and you get some sense of the significance of the positions of these two croupes and châteaux within their respective communes. Yquem dominates Sauternes, but Rayne-Vigneau is no less impressive within the confines of Bommes. 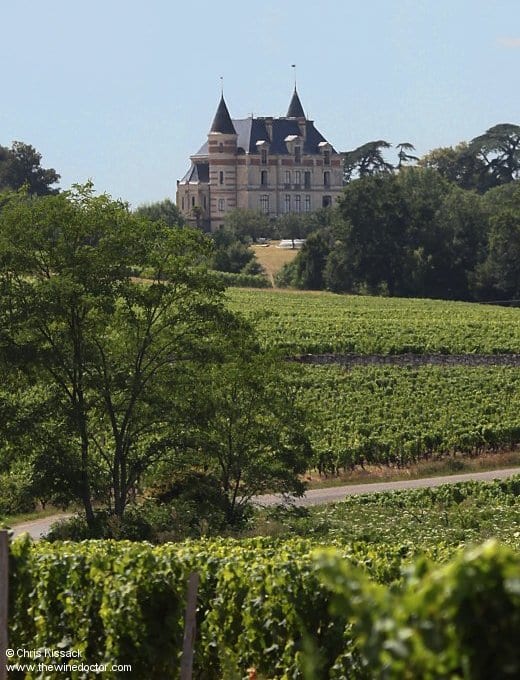 Of course, it is not just a grand château that we are interest in here – especially when said château no longer lies in the hands of those that own the vineyards. It is the wine that we should be focusing on. But here, yet again, Château de Rayne-Vigneau will surprise you. Historically, this château was ranked third of all the premiers crus in the 1855 classification of Sauternes and Barsac, behind only Château La Tour Blanche and Château Lafaurie-Peyraguey. Some openly consider this to be a moment of under-performance, the estate’s position, elevation and fine gravelly terroir clearly indicating greater things should be expected from this estate. Whether or not we will ever see such greatness, only time will tell, but recent changes in ownership and management at least bring us hope.

Before looking at these very recent developments in more detail, though, it is time to look at the history of this estate.