The origins of Château La Tour Blanche are somewhat mysterious, although records indicate it has been in existence since at least the 18th century. The property is named for Jean Saint-Marc du Latourblanche, treasurer-general to Louis XIV, a prominent figure in the region until his death in 1784. There is a small two-storey château on the property, now dwarfed by more recent additions to the estate, but this may have been the residence of Latourblanche. Sadly, however, there are no records to inform us of when this house was erected, nor who was responsible. It is only during the 19th century that the story of La Tour Blanche starts to really take shape, beginning with Pierre Pécherie, and then Frederic Focke.

With the Revolution a few years later the estate came into the ownership of Pierre Pécherie, but by 1845, when Wilhelm Franck drew up his classification, La Tour Blanche was under the tenure of Frederic Focke, who had purchased it in 1815. Focke was of German origin, and has been credited by some with being responsible for the introduction of sweet wine production to the region, naturally based on his experiences with the great sweet wines of the Rhine. This is however surely erroneous, as it is widely accepted by acolytes of Sauternes that the sweet benefits of botrytis were already well known by the 19th century, and examples of 18th-century Yquem – predating Focke’s miraculous ‘discovery’ by more than a hundred years – would seem to support this. 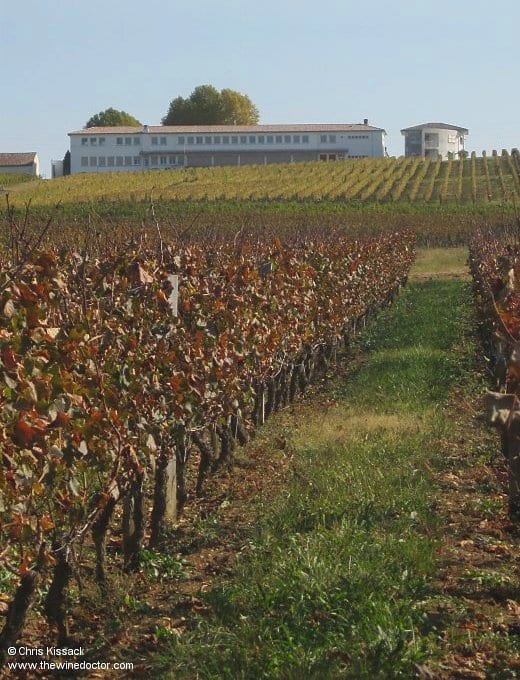 Nevertheless, although we must cast doubt upon Focke’s role in the development of Sauternes as a whole, he did play a major part in the history of Château La Tour Blanche, and he was probably responsible for the estate’s high ranking in the 1855 classification of Sauternes and Barsac, when it was placed at the top of all the premiers crus, and thus immediately behind the sole premier cru supérieur Château d’Yquem. This status would seem to suggest La Tour Blanche is capable of great things, and we should perhaps expect the estate today to be turning out wines on the same quality level as Climens, Coutet, Rieussec or Suduiraut. Although the modern wines are of high quality, I think few would rank them so highly; was the estate over-rated in the mid-19th century, perhaps? Or is it just not performing as it could today?