London, it seems, closes on a Sunday. The supposed birthplace of the 24-7 lifestyle, in truth the city shuts up shop, draws the blinds and closes the shutters on the seventh day. Or, to be precise, it does around St Paul’s. Here the towers of glass and steel have emptied for the weekend, the expense accounts temporarily suspended, and coffee shops and restaurants which no doubt seethe with bankers and businesspeople during the week go into a brief hibernation, until the inevitable Monday reawakening. Wandering the streets on a Sunday afternoon, it felt a little like Chinon on a Monday. Never, ever go into Chinon on a Monday – it is like walking onto a post-apocalyptic film set, the streets deserted save for the occasional rabid dog.

My choices of where to eat were thus looking rather limited. I suppose I could have picked up a sandwich from a petrol station. Or even passed beneath the golden arches for the first time in more than a decade (and even then it was only because I had young, insistent children, m’lud). But I wanted to pretend I was civilised, even if only for an hour or two. So I picked up the phone, and set about booking a table. I gave thanks for Bread Street Kitchen, an outpost of the Gordon Ramsay empire which at least seemed prepared to assist me in weathering Sunday evening’s maudlin desolation.

Bread Street Kitchen is in part retro chic, with checkerboard floor tiles and art deco glass detailing, and yet also modern utilitarian, exposed ductwork on the ceiling and stools a Spartan warrior would be proud of. It is a jarring contrast which runs the length of this warehouse-like space, one so expansive the checkerboard and ductwork disappear into infinity in the distance, as if I had just stepped into the seventh chamber in Greg Bear’s Eon. And it was completely devoid of other customers. My dining companion, who bore an uncanny resemblance to a young Béatrice Dalle, led the way, and we took a seat in the centre of this huge expanse, the sole diners in our very own warehouse. 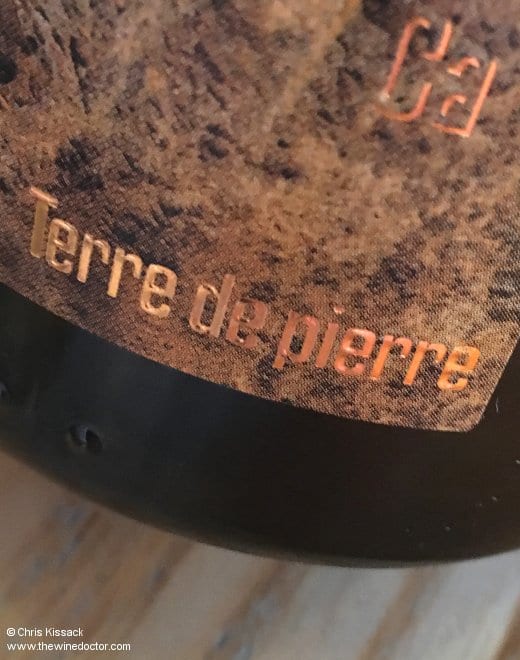 The menu sits exactly halfway between the petrol-station sandwich and the very finest dining that London can offer. It is more comfort food than fine cuisine, and I have to admit that although I was glad to have knife and fork in hand my expectations were not that high. But within half an hour or so things were really picking up. The wine list is expansive and full of good value options if you avoid the obvious mistakes, and the discovery of the 2010 Terre de Pierre from Domaine Luneau-Papin at a ridiculously good price certainly brought a smile to my face. The cavern began to fill with diners, and before long the space developed some sense of atmosphere, something I thought unimaginable when I first set eyes upon it. And then came the food, some of which was top-notch. The tamarind spiced chicken wings with spring onion and coriander were just superb; clearly in a pessimistic mood I was waiting for sinewy meat, flabby white skin and a sauce of indeterminable origin. What I found on the plate (or was it a slate?) in front of me were five wings with moist meat that fell from the bone, covered in delightfully crisped skin that fused imperceptibly with the sticky, sour, sweet, savoury tamarind coating. These were brilliant, the only problem being that there should have been twice as many wings, either that or it should be half the price.

A black pudding flatbread with tender stem broccoli, avocado, tomato and Mottolino cheese was also delicious, gently filling, with a complex assault of flavours. Similar joy came in the shape of a Dingley Dell pork chop with Scotch bonnet and pineapple relish, sizzled to a perfect caramelised crust, the meat again moist but also carrying an impressive flavour. A steamed sea bream with smoked aubergine purée, saffron potatoes, olive and tomato salsa was elegant and harmonious as a dish, although perhaps a little safe and staid. But it worked very well with the Muscadet. The hand cut chips were also worthy of a postcard home, huge slices of fluffy potato with a crispy coating Gary Lineker could only dream about. For dessert I stepped into the restaurant’s recently installed time machine for a dose of sticky toffee pudding which was unexciting, but good enough when in a ‘comfort food’ frame of mind, while a pineapple carpaccio with passion fruit, kiwi and coconut sorbet was at least a little more interesting.

I suppose the litmus test for any restaurant is whether I would return, and when it comes to Bread Street Kitchen I have mixed feelings in this regard. The service is fine, one or two of the dishes (alright, the tamarind chicken wings) were tip-top, and the wine list offers some great value options. But once you add in our extras, including two glasses of Champagne (there was no sparkling Vouvray on the list, shame) and various other bits and pieces, this was an expensive ‘comfort food’ meal. Yes, I will come back, but maybe next time it will be for two helpings of chicken wings and a lunchtime beer.