Muscadet can stake a claim as one of the most famous appellations of the Loire Valley, although this does not mean its fortunes have not waxed and waned over the years. In Great Britain the 1970s were perhaps Muscadet’s heyday, a time when no middle class family was without an Austin Allegro parked on the drive, a Rally Chopper at the back door, pineapple chicken on the stove and a bottle of Muscadet waiting on the table. For a nation still relatively new to drinking wine, Muscadet vied with various high-volume brands of German Riesling as the safe, ‘go to’ name for drinking with the Sunday roast. Its rather neutral and inoffensive character, as well as its easily pronounced name, were perhaps both significant in ensuring its success.

Muscadet’s salad days rolled on into the 1980s, but various factors contributed to an eventual decline. There was increased planting and increased production, to meet demand of course, but this was not necessarily accompanied by an increase in quality. There was the frost of 1991, wiping out most of the crop and forcing up prices. And then the New World arrived; British drinkers were increasingly confident, and they were drawn in by the ripe fruit flavours of Chardonnay from Australia and Sauvignon Blanc from New Zealand. For Muscadet it was a perfect storm of lower quality, higher prices and increased competition, and the region spiralled into decline. 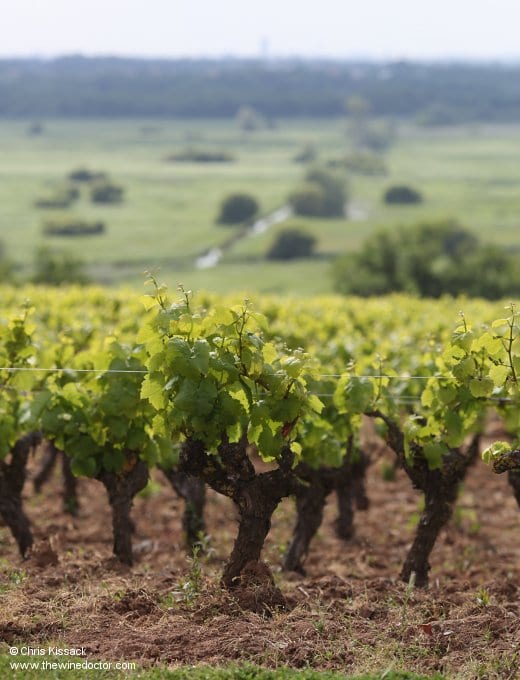 Despite these trials, Muscadet today remains one of the Loire Valley’s most important appellations and regions. Even though plantings have declined from 13,000 hectares during the 1980s to about 8,000 hectares today (almost a 40% decrease), this is still a huge vineyard. Sancerre, perhaps the only other Loire Valley appellation that could challenge Muscadet’s claim as the most famous, or indeed the easiest for tongue-tied anglophones to pronounce, can only muster 2,900 hectares. Muscadet is also, in my opinion, one of the Loire Valley’s most dynamic, exciting and complex regions, and it certainly warrants detailed analysis. It is for this reason I have split my guide to Muscadet over several pages (as linked in the box above) looking in more detail at the history of this region, as well as at the four major appellations (Muscadet itself, plus the three regional zones of Sèvre et Maine, Côtes de Grandlieu and Coteaux de la Loire) and of course the development of the Crus Communaux.

Before moving on to these more focused pages of my guide, however, it is worth looking at Muscadet in broader terms, in order to set the scene, but also because there are some themes common to all the region’s various zones, appellations and crus.