The Dauzac estate is quite ancient, its origins perhaps stretching back as far as the 12th century. At this time the land here was in the ownership of Pétrus d’Auzac, who was given land by Richard the Lionheart (1157 – 1199), who as well as being King of England also held numerous French titles, including Comte d’Aquitaine. I doubt there was any viticulture here at this time though; to find evidence that the vine was planted here we must jump forward in time several hundred years to the 16th century. At this time Benedictine monks from the Abbaye Saint-Croix de Bordeaux were tending vines here, documents from 1545 describing the presence of a farmhouse and vineyard on the Bourdieu de Dauzac, the term bourdieu implying this was a fermage agreement, the monks renting the land to tenants who shared the subsequent harvest with their landlords.

By 1622 the property appeared to be a possession of Jean Cousseau (died c.1635), an influential parliamentarian, and he subsequently bequeathed it to his wife Jeanne de Guérin. A few decades later their descendents sold the estate to the Carmelites, a religious order who have played a role in the story of a number of Bordeaux estates, perhaps most obviously Château Les Carmes Haut-Brion in Pessac-Léognan. They subsequently passed ownership on to Pierre Drouillard (1649 – 1708), a négociant, who bought the property from the moines in 1685. He set about expanding the domaine, uprooting parcels established on lesser soils near the river, and replanting those parts with more favourable terroir. As such the estate was presumably in a very strong position when he passed it on to his own son, also called Pierre Drouillard (1681 – 1729). He was Trésorier de France for the Guyenne region, which meant he was responsible for tax collection in the region, ensuring the royal coffers were kept well topped up, and in the process he himself became very wealthy. 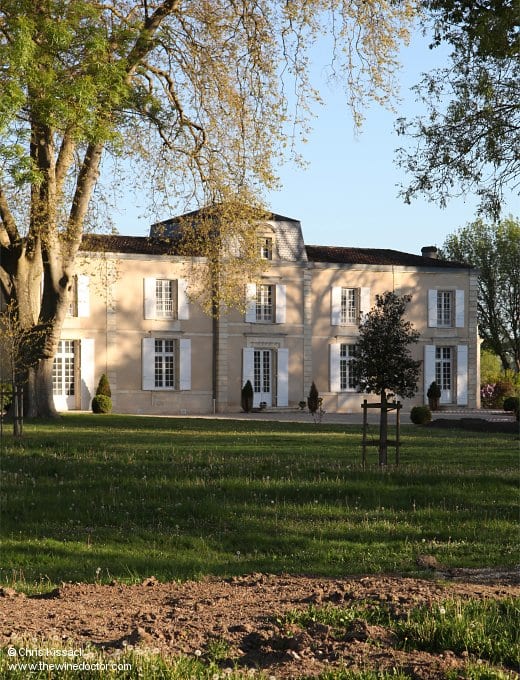 Pierre Drouillard had married Marguerite Valtrin (1692 – 1742) in 1712, and when Pierre died in 1729 he left his estate to his spouse, and it subsequently came to their daughter Elisabeth Drouillard (born 1713) and her husband Thomas Michael Lynch (1710 – 1783). They had married in 1740, and following Marguerite Valtrin’s death in 1742 it was the Lynch family, originally from Ireland but by this time long-established in the Bordeaux region, who were responsible for the ongoing management of the estate.