“It is the time you have wasted for your rose that makes your rose so important.”

It was under a dark Saharan night sky in December 1935 that French aristocrat and aviator Antoine de St-Exupéry (1900 – 1944) guided, as best he could, his four-seater Caudron C-630 Simoun monoplane into a controlled crash landing. For Antoine and his navigator, André Prévot (1907 – 1947), who were both fortunate to survive the crash, it was the beginning of an ordeal that would bring them to the brink of death. They had no radio with which to summon help, and in typically Gallic fashion their meagre provisions consisted largely of two flasks, one of coffee, the other wine. It was after four days of wandering among the dunes, severely dehydrated and hallucinating, that the two airmen were rescued by a Bedouin who was passing by on a camel.

Antoine de St-Exupéry went on to write several books, the most noteworthy of which was the novella Le Petit Prince, in which he undoubtedly draws upon some of his experiences in the Sahara. The story’s narrator crash-lands in the desert, and while fixing his plane he meets a young prince from another planet. While ostensibly a children’s book, suitably illustrated by Antoine himself, the conversation between the prince and the aviator is rich in metaphor, interweaving complex themes such as love, materialism, fascism and death. Voted the most popular French book of the 20th century, it has been translated into over 300 different languages. 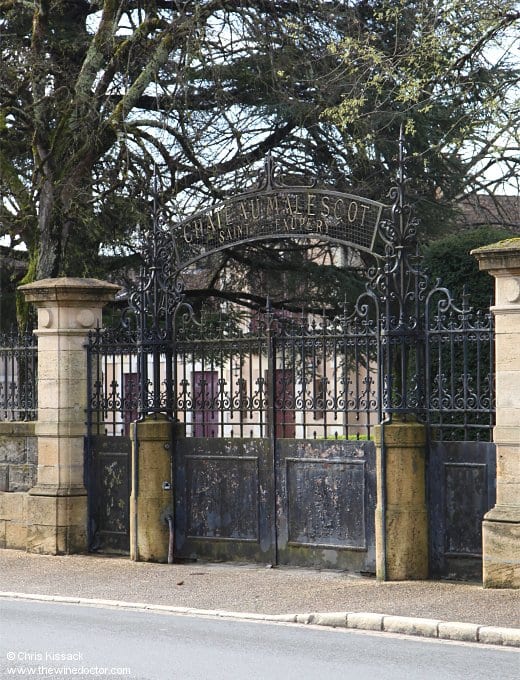 While the titular prince spends much of his time obsessing over his rose, there is little in the book that can be tied to viticulture or a profile of a Bordeaux château (believe me, I tried to find some mention of the vine, and I failed – the rose was the best I could do). And yet there is an obvious connection between the author-narrator and the château which interests us here, the family having once been proprietors of this estate. I will come to this modern era in a moment though, as first we should look at the domaine’s origins.