Take a look down the list of ‘famous’ names within the 1855 classification and you will quickly realise that, actually, not all of them are famous. Looking at Margaux in particular, it soon becomes clear that for every Château Palmer, Château d’Issan or Château Brane-Cantenac there is another estate almost unheard of and rarely seen or tasted. Some are really quite obscure. Few, though, are quite as obscure as Château Boyd-Cantenac. This estate, which sits on the edge of a patch of woodland just south of the village of Cantenac, has maintained a very low profile for many years. In part this is because the proprietor Lucien Guillemet works without the support of the Union des Grands Crus de Bordeaux, and thus Château Boyd-Cantenac – as well as Lucien’s other equally obscure classed growth estate, Château Pouget – will not be encountered at the UGC tastings in Bordeaux (during primeurs week), London, the USA or the Far East. Secondly, Lucien Guillemet has a good track record of selling wine on the domestic French and Belgian markets, and thus interested drinkers in the UK or USA will have to look very hard in order to even locate a bottle. No wonder that Château Boyd-Cantenac, outside of Belgium perhaps, manages to maintain such a low profile.

Not only do Château Pouget and Château Boyd-Cantenac now have the same owner, they also have a common origin. Their beginnings lie in the grand ecclesiastical estate that grew around the Prieuré de Cantenac, which was established here around the year 1000 by monks from Vertheuil, just to the west of St Estèphe. The priory flourished, thanks in part to its place on the pilgrimage route to Santiago de Compostela, and naturally the monks that resided here, and their pilgrim guests of course, required wine for communion. Vineyards were planted, and as the centuries passed vines came to surround the priory, along with fields full of other essential crops, and orchards too. 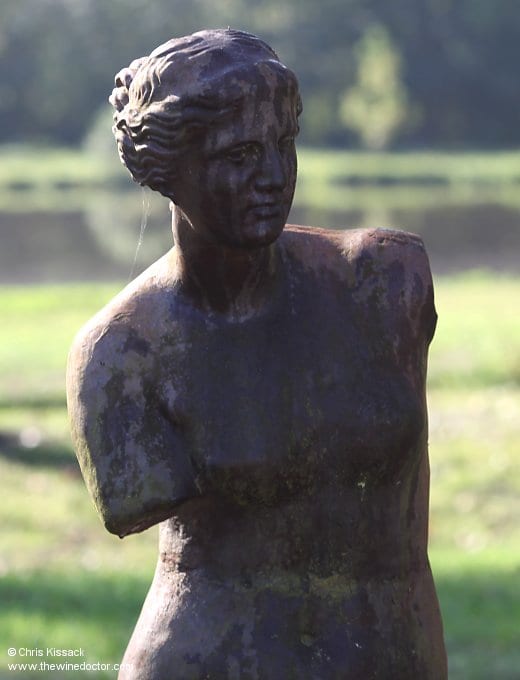 It was only during the 18th century that the commercial value of the vineyards was realised, as the object of their viticultural efforts shifted away from providing wine for communion to full-time commercialisation of the wine. This generated a huge amount of wealth for the priory, allowing for the building of a new church, completed in 1771. And yet despite this new-found wealth the priory seems to have come through the Revolution unscathed. It was only upon the death in 1809 of Prior Jouneau, who had kept the priory safe by active involvement in the new republic, swearing oaths and taking on public office, that the institution was dissolved and the lands sold off. Some went to Château Palmer, which was enjoying a period of expansion and consolidation, but the largest part formed the nidus of modern-day Château Prieuré-Lichine.