The history of Château Siran is no less impressive and absorbing than that of the majority of its rather more illustrious neighbours. The first mention in the historical records of a man named Siran dates to the 7th century, although I doubt that this particular Siran had any direct relationship with the vineyards that interest us here. He was a pilgrim who originated from Burgundy but settled in Toulouse, under the dominion of Clotaire II (584 – 629), king of Neustria and king of the Franks, who ruled over much of what would eventually become France.

Closer to home, the name Siran first appears in the Médoc in the 15th century with Guilheim de Siran, in association with the church at Macau, which lies on the D2 north of Bordeaux, shortly before one reaches the more familiar names of Cantenac and then Margaux. Guilheim swore his allegiance to the Benedictine Abbaye de Sainte-Croix on September 14th, 1428. Whether Guilheim and the more ancient pilgrim named Siran were related is unknown, but it seems unlikely. What is perhaps more plausible is that Guilheim’s estate was named Siran in honour of this pious historical figure.

Thereafter there was no further sign of Siran or his estate, and it was not until the 18th century that the name crops up again. At this time the Siran estate was in the hands of the Chaperon de Terrefort family. The head of the family was Jean Chaperon (1656 – 1752), a local merchant and member of the bourgeoisie, who had made his fortune trading in the Indies, presumably how he had come to take possession of the seigneurie of Siran. After his passing this title and land came to Marc Antoine Chaperon de Terrefort (1699 – 1780), presumably his son. From him it seems to have come into the possession of Jeanne de Chaperon de Terrefort (born 1732), his daughter, who married François Augustin Baron du Bosq. It was he who was in charge at the time of the Revolution during the 1790s. Fearing for their lives both he and his wife fled France at this time, and in their absence the property was cared for by a daughter, Anne-Marie du Bosq (born 1763). 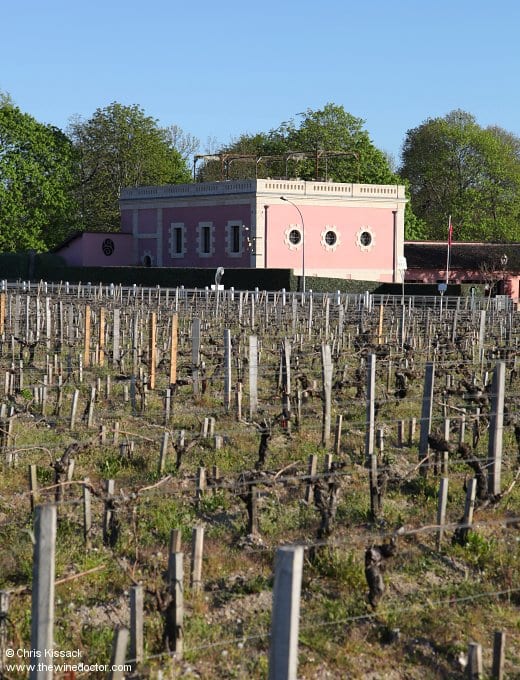 On September 7th 1789 Anne-Marie had married Count Jean-Charles de la Roque-Bouillac (born 1742), a military horseman who went on to become the mayor of Labarde, just to the north of Macau. They had a daughter named Jeanne Adèle de la Roque-Bouillac (1789 – 1879) and in subsequent years she took the Siran estate as a dowry when she wed Alphonse Jean Joseph de Toulouse-Lautrec (1785 – 1826), and the two settled at the property where they began to raise a family. It was one of their great-grandchildren, the artist Henri Toulouse-Lautrec (1864 – 1901) who would one day ensure that their family name would be known across the world, although by the time he was painting the dancers of the Moulin Rouge in Montmartre, his family and this Bordeaux estate had long gone their separate ways.