Without a doubt one of the Bordeaux region’s most reliable and noteworthy cru bourgeois estates, Château Angludet (or Château d’Angludet as it was previously known) has been turning out wines of good quality for decades. One of my earliest purchases ‘by the case’ (back in the day when I could afford to buy Bordeaux by the case), it has been a staple in my cellar since my interest in wine was first awakened. In favourable vintages it challenges the classed growths in terms of quality, and the wines are certainly just as long-lived. This is one cru bourgeois estate that should never be overlooked.

It is perhaps surprising, then, to learn that only a few decades ago, the estate was dilapidated, essentially a ruin, with hardly a vine to be seen. And it is even more surprising to note that it was rescued by an Englishman, Peter Sichel. This profile details the rise, fall and renaissance of this estate, beginning below with its origins and what I have learnt of the seigneurie’s early history, which is largely concerned with the passing of the land and title from one generation to the next, long before there was even a vine planted. If you wish to read purely of the vineyard, scroll down the page to The First Vineyards.

The origins of Château Angludet lie as far back as the 12th century, when there was a manor house on the site. Documents from the following century provide evidence that in 1147 the estate was in the ownership of a knight named Bertrand d’Angludet, the origin of its modern name. From Bertrand d’Angludet the estate seems to have passed to the Donissan (or Daunyssan) family, eventually coming to Guillaume Raymond de Donissan, from Cantenac, who was Seigneur d’Angludet et Citran. It was he who sold the seigneurie and associated lands, in a contract agreed on February 7th 1350, to Rampnol de Corn, a local merchant. The title and the estate then came to Bernard de Corn, presumably a son. Upon the marriage of Bernard’s daughter Jeanne de Corn (born c.1355), to Aymon de Treulon (born c.1345), the title and property then passed into the hands of this latter family. 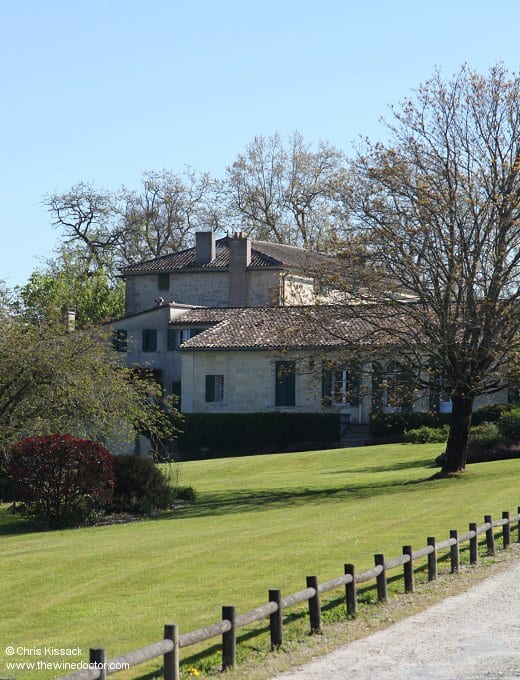