The origins of Château Labégorce can be traced back as far as the 11th century when this land was incorporated into the seigneurie of Soussans by Guillaume IX (1071 – 1127), sometimes referred to as Le Troubadour d’Aquitaine. A local duke, and subsequently Comte de Poitiers is perhaps better remembered for his work as a lyrical poet, hence his nickname Le Troubadour, although this moniker was not contemporary, it having been first applied in the 19th century, presumably by a bored historian. Guillaume IX is also renowned for having played an instrumental role in the Crusade of 1101 which, because it attracted many participants who had turned back from the First Crusade between 1095 and 1099, was also known as the Crusade of the Faint-Hearted. Happily, Guillaume IX survived his exploits pillaging the Byzantine Empire, and he lived out the remainder of his life in his duchy.

By the 13th century the land here had been divided into four seigneuries, of which one was Labégorce. This together with another of the four, Bessan, were acquired after the division in 1245 by Jehan Colomb, who was mayor of Bordeaux between 1240 and 1245. A few years later Jehan began the construction of a significant fortified residence, characterised by four strong towers and several moats. At the time Aquitaine was of course under English rule, and the Colomb family swore their allegiance to the English crown; it was Henry III (1207 – 1272) of England who had granted Jehan the right to build the property. Today just one of the original towers still stands, without any sign of a moat, isolated in woodland a little more than a kilometre west of the modern-day Château Labégorce.

The property remained with the Colomb family well into the 14th century, and it was only when a descendent, one Jean Colomb, was executed for treason in 1390 that they lost control of the estate. It was confiscated by Richard II (1367 – 1400), who had reigned since taking the throne in 1377, at the age of just ten years; the young king gave the property to Henry de Bowet (died 1423), the future Archbishop of York. In later years the crown donated the seigneurie to Nicolas Bowet, Henry’s nephew, although in 1432 Henry VI (1421 – 1471) then gave it to Humphrey of Lancaster (1390 – 1447). One can only presume that he maintained possession of the property until the conclusion of the Hundred Years’ War in 1453, when many in the region either lost their possessions, or shifted their allegiances to their advantage, as best they could. 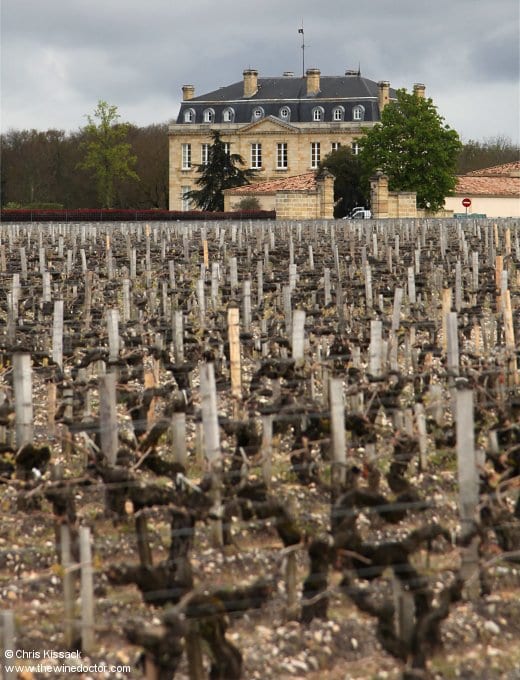 During the 14th and 15th centuries the seigneuries passed through the hands of several families, and it was not until the 17th century that the vineyard first appeared. It was in 1623 that Pierre de Mons bought the lands of the houses of Bessan and Labégorce for the price of 29,000 livres (the currency that preceded the franc). The domaine was rechristened Tour de Mons in his honour, and the first vines were planted. During the ensuing years the property then passed through the hands of various noblemen, including a Gaillard Millon in 1641, and one named Beaucorps in 1683. The most significant development came in the 18th century, when the property came into the hands of the Gorsse family.