It is impossible to provide a profile of Château Rauzan-Gassies without mentioning its twin, Château Rauzan-Ségla, for at least a moment. The two, after all, have a shared origin and a long shared history. Having said that, in terms of interest for keen wine drinkers, these are two very different estates.

Whereas my Château Rauzan-Ségla profile opens with formative memories of mature vintages, particularly the 1982 and 1985, the latter a favourite of mine for some time, Château Rauzan-Gassies evokes less auspicious memories. My earliest experience of this estate was with a number of lesser bottles, disappointing wines which never seemed to live up to the classification on the label, or my expectations. They did nothing to fire up my enthusiasm for discovering more about this Margaux château. In more recent times while the wines have certainly improved, I feel they still lag behind those made next-door.

Because of the shared origin with Château Rauzan-Ségla much of the profile presented here may seem familiar. To jump to the point when Château Rauzan-Gassies appears as a distinct entity, skip forward to the second paragraph on page 2 of this profile. For details on the vineyards and wines today, skip to page 3.

Numerous left-bank châteaux, including Château Pichon-Baron, Château Pichon-Lalande, Château Léoville Las-Cases, Château Léoville-Poyferré and Château Léoville-Barton have one thing in common with Château Rauzan-Gassies; they were all once part of a much larger vineyard. In this instance, both Château Rauzan-Gassies and its neighbour, Château Rauzan-Ségla, were derived from the same Rauzan estate. And if we delve deep enough into the history books, we see that this ‘mother’ domaine had a shared origin with various neighbouring estates, including both Château Margaux and Château Durfort-Vivens. This shared origin dates to the 15th century, when all the land here was in the possession of Thomas de Durfort, Seigneur de Margaux. 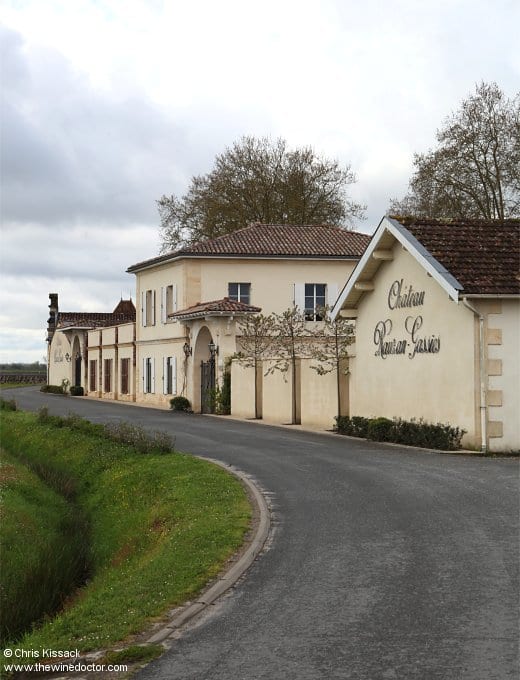 Thomas de Durfort sold some of his land, including the forerunner of the Rauzan estate, in 1423, the buyer a local merchant named Pey de Revesqas. We know that during the next two centuries the property was passed through various hands, coming to Gaillard de Tardes, Seigneur de Gassies, in the early 16th century. The land then presumably passed with ownership of the seigneurie, coming first to Bernard de Faverolles in 1615, then Blaise de Gascq and Alexandre de Gascq, the latter acquiring it in 1645.