My first-ever visit to Château Brane-Cantenac was not one blessed with glorious weather. Despite having spent the previous day tasting and photographing châteaux in Sauternes under beautiful blue skies and unseasonably warm temperatures, what I found a day later in Margaux was much more what I would expect from Bordeaux as autumn advanced. The sky above was grey and heavy, the raindrops just starting to fall as I made my way inside the tasting room, ready to check out the latest from this estate.

Château Brane-Cantenac is one of a number of Bordeaux estates that has seen great changes during the last two decades, an evolution rather than a revolution perhaps, but still a huge shift from its under-performing wines of the 1970s. The man ultimately responsible for these developments is Henri Lurton, aided by technical director Christophe Capdeville and his team. But before we wade into where the estate is today, and what roles these key figures have played, it only makes sense to first look at where the modern-day Château Brane-Cantenac has come from.

The story of Château Brane-Cantenac may be traced as far back as at least the early 18th century, when the property was in the possession of Guilhem Hosten. Sometime after 1757 it was acquired by the Gorse family, and was known from 1760 onwards as Château Gorse (sometimes spelled Gorce, or even Gorsse) and, for a while, as Château Gorse-Guy. The Gorse family were wealthy and politically active merchants based in Bordeaux, and they ran the estate as a profitable viticultural venture. Archives belonging to the courtier firm of Tastet et Lawton, show that under their direction during the mid-18th century the wine of Château Gorse was sold for an average price of 686 livres per tonneau (one tonneau being equivalent to four barrels, or 900 litres), comparable to the price for Château Brane-Mouton (now better known as Château Mouton-Rothschild) and Château Gruaud-Larose, at 716 and 734 livres respectively. Of note, the family also owned Château Labégorce, in Soussans. 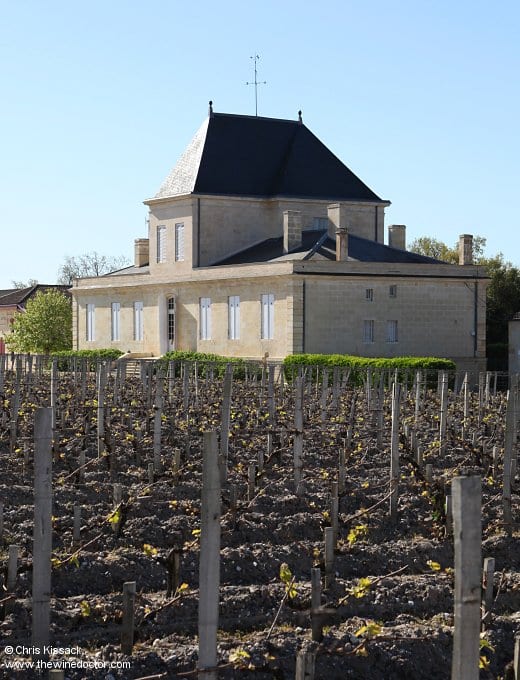 The property subsequently came into the hands of Marie-Françoise Gorse, although being only a child when she inherited, the estate was run by her grandfather for some years. In 1766 he took control of a vineyard of 35 hectares, and filled the role of administrator up until 1776. He was presumably a man of some talent and skill, as by this time the estate was turning out one of the most highly-prized wines of the region, and it sold for a handsome 850 or even 900 livres per tonneau, beating the price set by all its neighbours. This was reflected in the opinion of the region’s merchants, who ranked the estate as a third and then a second growth, the first opinion being that of Lawton in 1815, the second Wilhelm Franck in 1845. It remained a second growth in the classification that seems to have stuck for all eternity, the 1855 classification, which was drawn up for the Exposition Universelle de Paris, at the request of Emperor Napoleon III (1808 – 1873), by the Bordeaux Chamber of Commerce.