Although the modern-day Château du Tertre and its associated wine cellars were built as recently as the 18th century, the origins of the estate are ancient, the property beginning life as one corner of the seigneurie of Arsac. This dates it to at least the 12th century, when the land here belonged to Pierre I d’Arsac (born 1150). He belonged to one of the oldest of the Médoc’s noble families, who were allied to the English during the Hundred Years War, and they maintained their stronghold on the estate at Arsac until the 16th century, at which time the seigneur was Jean d’Arsac. 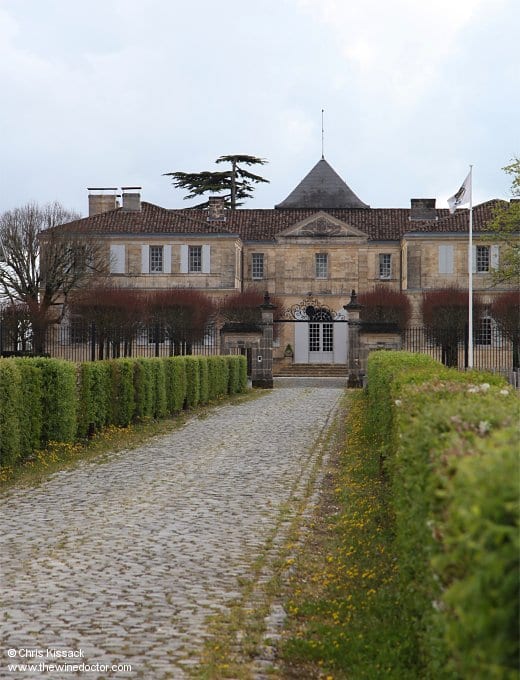 Jean d’Arsac had two daughters, Jacquette and Marguerite; the latter of the two sisters married Etienne de la Boétie (1530 – 1563), while Jacquette was betrothed to Thomas Eyquem de Montaigne (1537 – 1597), who already held the seigneuries of Beauregard, Castera, Lilhan and Loyrac. The family were clearly wealthy and naturally they were well connected. Thomas and Jacquette’s daughter, Antoinette Eyquem de Montaigne, was subsequently married to Gabriel d’Arrérac, an advocate in the Bordeaux parliament and Trésorier Général for Guyenne. In a system established by Henry III of France (1551 – 1589) in 1577, each region of France had five trésoriers, their role being to collect taxes and thereby ensure the royal coffers were kept well topped up. In doing so, there was potential to establish considerable wealth for themselves. The Revolution saw the end of this system, not to mention the end of the old province of Guyenne itself. Through this marriage the seigneurie of Arsac was naturally passed to the influential Gabriel d’Arrérac.