The D2, which snakes its way through the famous appellations of the Médoc peninsula, has quite rightly been christened the Route des Châteaux. There are on this road many points at which a driver simply has to slow down, or even park up at the side of the road, in order to fully enjoy the spectacle of the roadside châteaux, with Château Cos d’Estournel, Château Lafite-Rothschild and Château Pichon-Baron, in St Estèphe and Pauillac, providing some of the most spectacular or unmissable views.

In Margaux we have another hotspot. While Château Margaux itself is set back from the road somewhat and requires a bit of a detour (and I would suggest an appointment too), others loom over the macadam. On the right-hand side of the road is Château Palmer, of course, while on the left-hand side there sits an elegantly understated château with a beautiful if rather diminutive round tower capped off by a tall, witch’s hat roof. This is the property of Philippe Porcheron, and today it goes by the name of Château Marojallia (pictured below). Until this 1960s, however, the moment when château and vineyard were divided, this was better known as Château Durfort-Vivens.

This profile charts the history of Château Durfort-Vivens, from its very earliest appearance to the wines of today. We start seven centuries ago, when the land here was in the possession of suitably noble proprietors.

The history of Château Durfort-Vivens stretches back as far as the 14th century, when it was in the hands of the Durfort de Duras family. One of the earliest records concerning this family’s tenure dates to 1450, when Thomas de Durfort was the Seigneur de Margaux, a dominion which included at that time Château La Mothe, situated very nearby, and better known today as Château Margaux. The seigneurie and associated assets remained with the Durfort de Duras family for several centuries, and the vine was probably first planted here during the 17th century. It was only in the latter part of the 18th century that we see the beginnings of a change in ownership, and the transition from mere Durfort, to Durfort-Vivens. 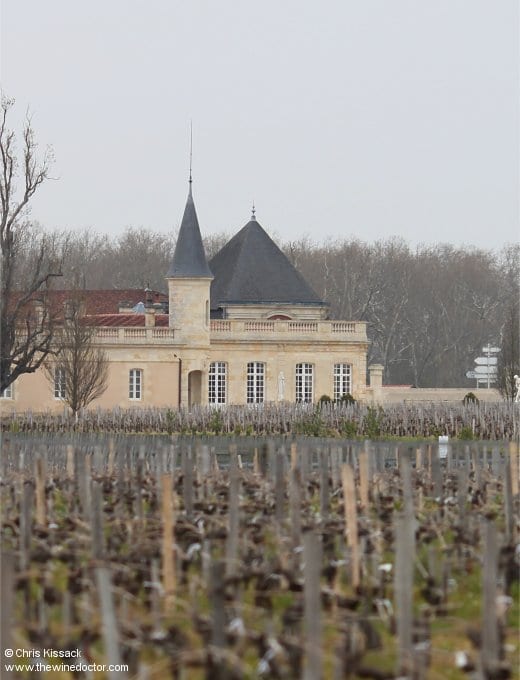 At this time this corner of the modern-day Margaux appellation was in the possession of Georges Ainslie, Seigneur de Durfort. Georges had married Jeanne d’Anstrutlher and they had a daughter, Jeanne Ainslie (born c.1742). On 9th December 1762 the younger Jeanne was wed to Paul de Montalembert (1716 – 1766), Seigneur de la Vigerie (among other places), the scion of a notable and rather noble French family. Together they were blessed with a son, Marc René Georges de Montalembert (1763 – 1773), and it must have seemed at this time as though the future of the old Durfort estate was assured. Tragically for Paul and Jeanne, this turned out not to be the case.