The origins of Château Monbrison are lost, probably forever, vineyards having been first planted here long before the story of this estate takes shape. An early proprietor of these vineyards, which lie in Arsac, in the southwestern corner of the Margaux appellation, was Pierre Copmartin (died 1754), who purchased the property in 1749 from the noble Joseph de Ségur (1711 – 1790), Comte de Ségur-Cabanac. Copmartin was a prominent figure locally, holding the post of Conseiller du Roi, a public prosecutor, and he was active in Guyenne politics. He was not responsible for planting the vineyard though; it seems this was already established, the vines probably having gone into the ground during a wave of planting which swept through the Médoc during the early years 18th century.

The property then passed to François Pierre de Copmartin (died 1821), avocat général in the Bordeaux parliament, and mayor of Margaux, although he subsequently sold it a few years before his death in 1818 to Paul Georges Conquéré de Monbrison (1765 – 1846), who paid 75,000 livres for the pleasure. With the arrival of this family on the scene we do at least have an origin for the name of the estate, even though the property only passed through the hands of two Monbrison generations. 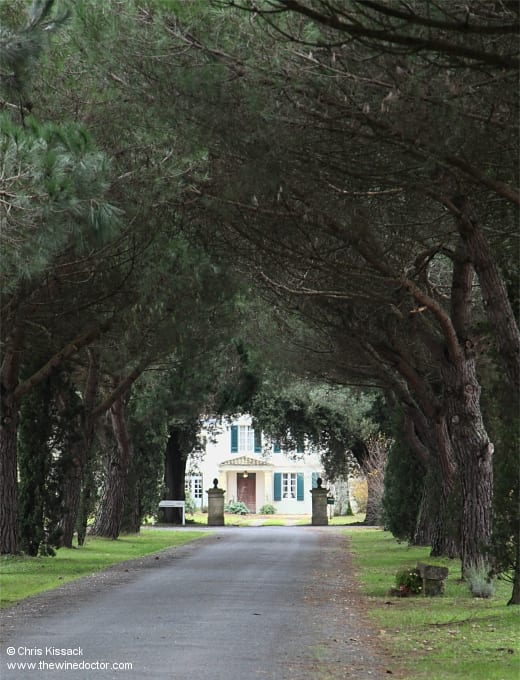 Paul Georges Conquéré de Monbrison was of noble blood, being the son of Henri de Lacave de Monbrison (1735 – 1825), Seigneur de Monbrison and a Mousquetaire Noir, one of the ‘black’ musketeers, a company which originally served Cardinal Mazarin (1602 – 1661). He expanded his new domaine and was responsible for increasing the area planted to vines. During his time at Monbrison he married Jeanne Olympe Rigail de Lastours (1777 – 1844) who was 44 years his junior. The union produced four children, beginning with their first-born Jacques Edouard (1798 – 1865), followed by two other sons Jean-Henri (born 1800) and Robert Georges (born 1803), and finally a daughter named Jenny Rosa Adrienne (1806 – 1873), born to a father who was by this time aged 71 years.