I had something of a faltering start with the wines of Château Giscours. This particular château, on the southern fringes of the Margaux appellation, has the somewhat dubious honour of being the first ever bottle of classed growth Bordeaux I purchased. I do not think it was the first such wine I ever tasted, a title which I think can be claimed by Château Pichon-Baron (not a bad place to start), but it must be high up in the list.

The exact vintage of the bottle I procured now escapes me, but it must have been from the early 1980s. And the wine when I finally got round to pulling the cork had a tough time of it; it was probably too young, I was probably uncertain as to whether I should decant the wine, and being a student of limited funds I didn’t exactly have a huge experience in tasting wines of this pedigree. Having first cut my teeth on the British wine staples of the 1970s, semi-sweet German brands such as Blue Nun and Black Tower, the height of sophistication for me at this time was popping the cork on an Australian Chardonnay or New Zealand Sauvignon, styles which were at the time newly arrived on our shores. I don’t think, looking back, that I had a palate that was well attuned to the more savoury and austere character coming from the left bank of Bordeaux. 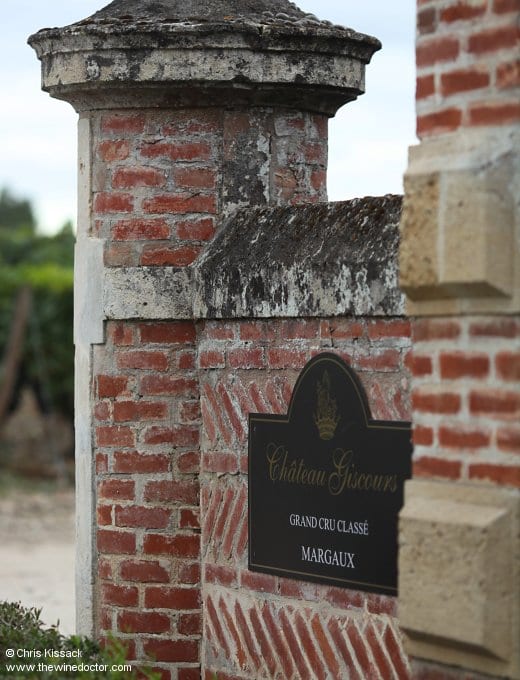 Fortunately since that early encounter I have had many opportunities to revisit the wines of this renowned estate, and on many occasions these have been worthwhile, positive and memorable. In an appellation which is perhaps inevitably dominated by those châteaux located on the gravel heartland around the towns of Margaux and Cantenac, in particular Château Margaux, Château Palmer, Château Rauzan-Ségla, Château d’Issan and Château Brane-Cantenac, Château Giscours is a rare challenger from the more distant peripheries of the five communes that make up this appellation. It is not an estate that has always escaped controversy though, as there have been ups and downs along the way. In this profile I look at the history of the estate, the controversies that have enveloped it even in recent times, and of course I report on the wines.