In contrast with my guides to Rosé d’Anjou and Cabernet d’Anjou I have no quotes from the worlds of literature, radio or cinema with which to open this guide to the wines of the Anjou-Villages appellation. This has to reflect, in my opinion, a lack of vision among the world’s leading authors, scriptwriters and directors who clearly value product placement above authenticity.

Ask yourself this; how much better would Casino Royale have been if James Bond had treated himself to a bottle of Anjou-Villages on board the Eurostar instead of the Château Angélus which instead appeared? I can picture the scene now; James Bond (still played in my new version by Daniel Craig, naturally) cradles the glass before he raises it to his lips and tastes for the first time this red wine from Anjou, bristling with its perfumed fruit and robust tannic structure. 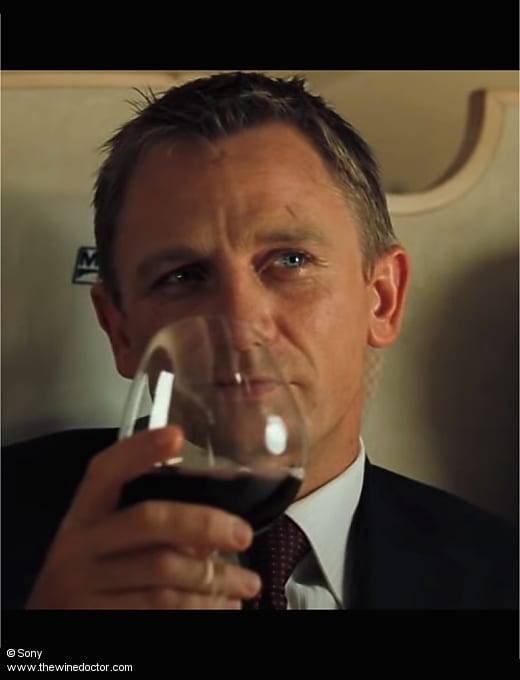 Intrigued by this new discovery, one eyebrow lifts in an emotional expression of delight, after which he delivers an ode to Cabernet Franc, a monologue extolling the virtues of this noble variety which leaves Vesper Lynd (still played by Eva Green) breathless with desire (for a glass of her own, obviously). The scene concludes with Daniel Craig turning to camera, breaking the third wall, and swearing to explore this appellation in greater detail, just as soon as he has finished taking Le Chiffre to the cleaners at the card table.

I think you would agree that such a scene would have left the film immeasurably improved.

Or, just maybe, you wouldn’t.