The École de Rochefort, founded by Jean Bouhier in 1941, was one of the driving forces of 20th-century French poetry. Like all the best French poets Grandin, a member of the école, was inspired by wine (by notions of its romance and mysticism, and also presumably by its inebriating effects) and he seemed particularly enamoured with the “famous wine” of Aubance. Grandin was clearly a sage character, but in truth neither he nor the wines with which he was so enamoured seem to have garnered any real fame. Few drinkers save for a few loyal locals and hardened students of the region’s wines actively seek out Coteaux de l’Aubance, so long overshadowed by the more famous Coteaux du Layon, and thus they remain largely unappreciated.

There are several reasons why the wines of the Coteaux de l’Aubance might be so readily overlooked in favour of its more famous neighbour. The most obvious is that this is a region with a much smaller volume of production; even today, with 160 hectares planted to vines, it is still only one-tenth the size of the Coteaux du Layon. The annual production is correspondingly small, just a few thousand hectolitres, and the bottles tend not to travel far. Writing in Les Vins de Loire (Parisienne d’Editions Techniques et Commerciales,1956), Pierre Bréjoux noted that the wine failed to fire the imagination of the nation’s cavistes, and much of it was sold locally. The vignerons located along the banks of the Aubance got to know the proprietors of the bars, bistros and restaurants of nearby towns, such as Mûrs-Erigné and Saint-Melaine-sur-Aubance, very well; this was where the wines were bought and dispatched. 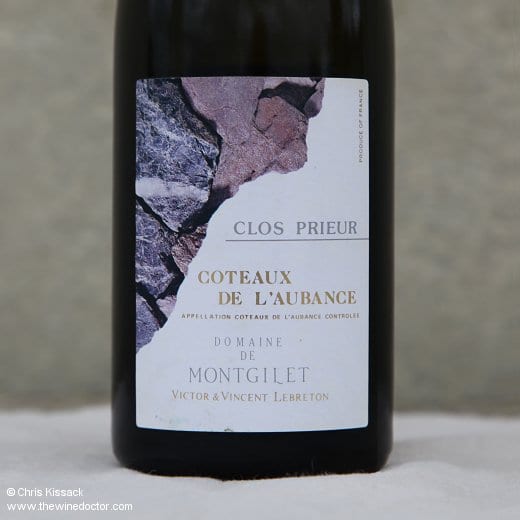 Today this is to some extent still true. The wines of the Coteaux de l’Aubance remain something of a niche interest, hiding in the shadows cast by the Coteaux du Layon, a little like Grandin’s bottles, which hid in the shadows of the region’s cellars. This is despite the Aubance style having many positive features, and the presence of at least a handful of very dedicated vignerons turning out some very impressive wines.