The climate in northern France changes as you move from south to north, but also as you move from west to east. As you travel north the climate is naturally progressively cooler, and eventually the duration of the growing season is inadequate for vines to successfully ripen their grapes. The changing climate is surely pushing the viticultural boundary further north but, historically at least, the Loire Valley sits right on the edge of this northern limit for viticulture. This is why if you continue north (and west a little) into Normandy and Brittany the vineyards peter out and are replaced by orchards, these regions rightly famed for their ciders, perries and eaux de vie rather than wine.

Historically, there were also vines here in Brittany and Normandy, part of an extensive vineyard which stretched right down the western side of France, continuing on through the Muscadet and the Fiefs Vendéens, the Cognac region, Bordeaux, Armagnac and those vineyards which lie in the shadow of the Pyrenees. Nobody alive today can tell us how the wines of Normandy and Brittany tasted, although writing in Topographie de Tous les Vignobles Connus (Bouchard-Huzard, 1866), André Jullien clearly indicated his low opinion of the wines, placing them well down his ranking system. Although, to be fair, it seems he had an equally low opinion of many other wines from the Loire Valley, including Anjou, not to mention many other corners of France. 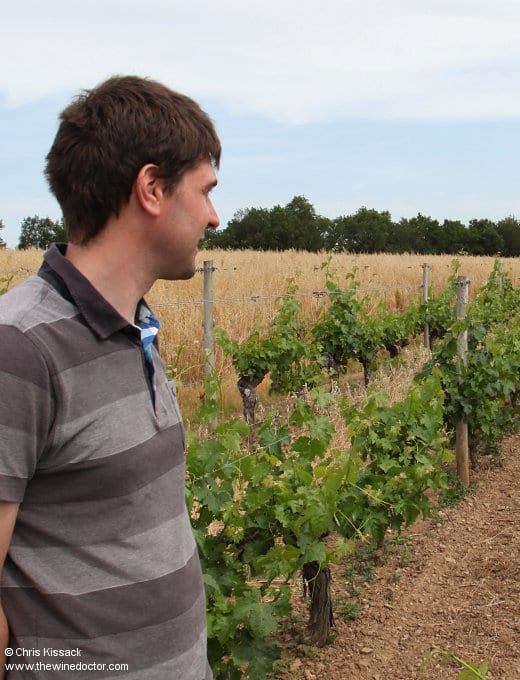 Similarly, if when travelling north we veer towards the east instead of west, to the lands around Calais and Belgium, the locals here have a long-established history of growing hops and grain for brewing beer rather than wasting their time tending vines. André Jullien wrote disparagingly of the wines from Picardy, north of Paris, but there is no mention of grapes or wine from as far north as Calais. All across northern France, the locals grew what the climate dictated would be successful.

Meanwhile, moving from west to east across France, the climate shifts from the maritime (with mild summers and mild winters) around Muscadet to semi-continental (with warmer summers and colder winters) around Sancerre and Pouilly-Fumé. Taking all this into account it is not unreasonable to assume that the Anjou climate would be marginal, reflecting the region’s position on the northern limit for viticulture, and in terms of seasonal pattern would lie somewhere between maritime and semi-continental. While true to some extent this is of course an over-simplification, and there are complexities to the Anjou climate which are worthy of our attention.