In my prior examination of the Savennières appellation I took a broad bird’s-eye look at its geology and topography. In this instalment of my guide I delve more deeply into the detail of this appellation which, while far from the largest of the Loire Valley’s most famous names, is still one of the most complex. I explore the appellation vineyard by vineyard, taking in all the top lieux-dits, as well as pointing out those set to become better known. Only two significant lieux-dits are excluded, these being the 7 hectares of the Coulée de Serrant appellation, and the 33 hectares of Savennières Roche-aux-Moines. These I will put under the microscope in separate instalments, as both have their own appellations.

To recap briefly on the overall layout of the vineyards of Savennières, as described in my guide to the appellation, they run over an 8-kilometre stretch of land along the right bank of the Loire, making this the only significant right-bank appellation in Anjou. This run of vineyards spans four sections of plateau, divided by three small valleys, known as coulées, a vital component of the appellation as they provide a number of south- and south-west-facing slopes which are beneficial to the vine.

Underfoot, meanwhile, the appellation’s terroir is a complex mix of forms, as while schist (like that pictured below) and the difficult-to-translate schiste-gréseux (part-metamorphosed sandstone which as a result is somewhere between sandstone and schist in structure) dominate, these are peppered with a multitude of other forms, especially spilite, phthanite and quartz. The superficial soils, while defining the style and character of many cuvées, add only a minor layer of complexity to the mix, with windblown (aeolian) sands dominating. 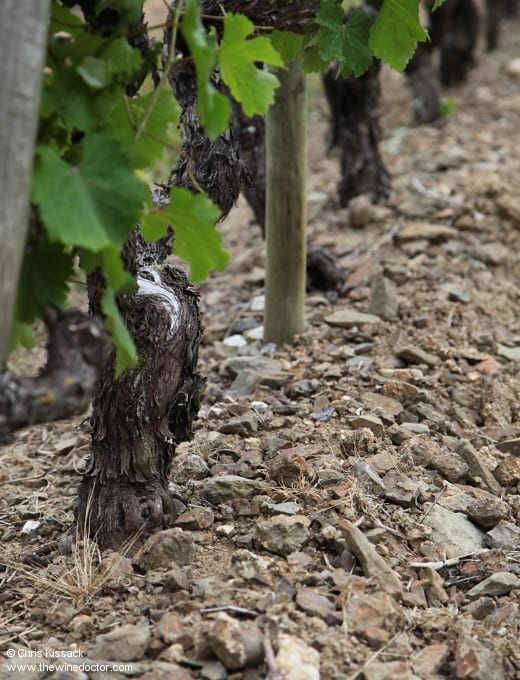 Of course, individual vineyards provide many variations on this theme, and many have a degree of fame which challenges that even of the Clos de la Coulée de Serrant, with the Clos du Papillon surely the best known, although committed drinkers of Savennières will also be familiar with La Croix Picot, Le Grand Beaupréau, La Jalousie and Clos Saint Yves. Those following some of the appellation’s rising stars will also want to know about Clos de la Hutte and Clos Serteaux.

In order to examine these vineyards, almost all of which lie in the central commune of Savennières (rather than downstream in La Possonnière, or upstream in Bouchemaine), I have divided them up according to the section of the plateau on where they sit. In this instalment of my guide I will explore the vineyards of the Épiré plateau. It isn’t possible to examine every individual parcel in the context of this guide, though, as all-told there are close to one hundred parcels of note, so I will concentrate on only the best known.