To recap, the Quarts de Chaume appellation grew out of (and indeed was defined by) the tènement of Chaume. A decree signed on August 10th 1954 made the appellation law, and made particular reference to the lieux-dits of Les Quarts, Les Rouères and Le Veau, all of which can be easily identified on modern maps. The Institut National de l’Origine et de la Qualité formally adopted the tènement as the definition of the Quarts de Chaume appellation a couple of years later, as was their custom, in a meeting on February 1st 1956.

At this time the dominance of the appellation by the four châteaux cited by Pierre Bréjoux in the 1950s began a very slight and gradual decline. New names began to arrive on the scene. The first and perhaps most significant of these was surely Jean Baumard, of Domaine des Baumard, who bought his first vines on the slope in 1957. He has, of course, long since handed over the running of his domaine to his son Florent Baumard. Also significant, although coming onto the scene some years later, was the arrival of the Papin family of Château Pierre Bise. For many years this domaine was run by Claude Papin, although he has since passed the reins over to his sons, René and Christophe. Claude Papin was also for many years president of the appellation’s syndicat. And with these two present the scene was set for a great overhaul in the appellation, one which would eventually lead to conflict and the birth of Quarts de Chaume Grand Cru. 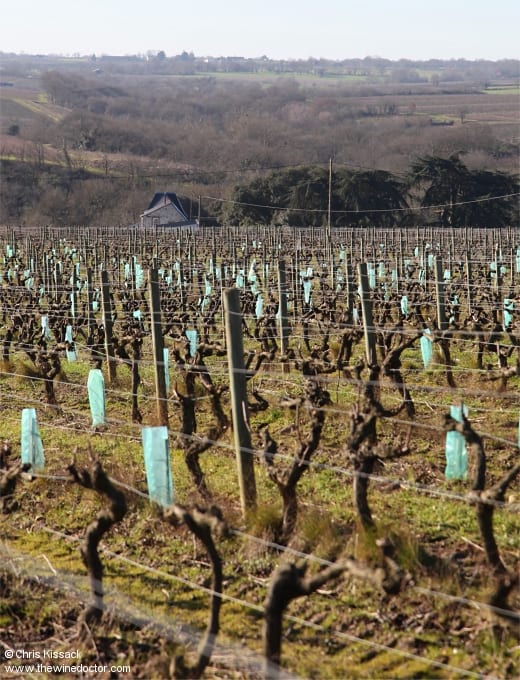 Before coming to these more recent developments in the story of this appellation, however, it seems like this might be a good time to take a look at the appellation itself, its topography and geology. I will provide more details on the controversies that dogged the appellation for a decade when I return to the story of Quarts de Chaume Grand Cru lower down the page.