Bonnezeaux is one of France’s appellation curios, a little like Château Grillet or Coteaux Champenois. These are appellations most dedicated wine drinkers have some knowledge of, but I suspect few have ever tasted their wines. And, speaking specifically of Bonnezeaux, if you have encountered a bottle or two from this appellation then the chances are they came from just one domaine, Château de Fesles. Despite there being approximately forty viticulteurs working within this appellation this renowned château dominates in many export markets. As its vineyard accounts for close to 20% of the entire area eligible for the appellation, this is perhaps not surprising.

It is not just in vineyard area and shelf space that this estate dominates though; to some extent, the story of Bonnezeaux and Château de Fesles are intertwined. It was the work of Jean Boivin, followed by that of his son Jacques Boivin, which catapulted the domaine and potentially the appellation to the top of the Anjou hierarchy. Jean’s thesis on noble rot, entitled Des Facteurs qui Influent sur la Production des Vins de Pourriture Noble à Sauternes et en Anjou (published 1924) is one still readily referenced today, and his work led Claude Papin of Château Pierre-Bise to describe Jean as “le pape de la viticulture”. He listed this viticultural pope alongside the most influential figures in the history of wine in Anjou, including Dominique Jaudeau of Château de la Roulerie, Jean Baumard of Domaine des Baumard and René Renou. 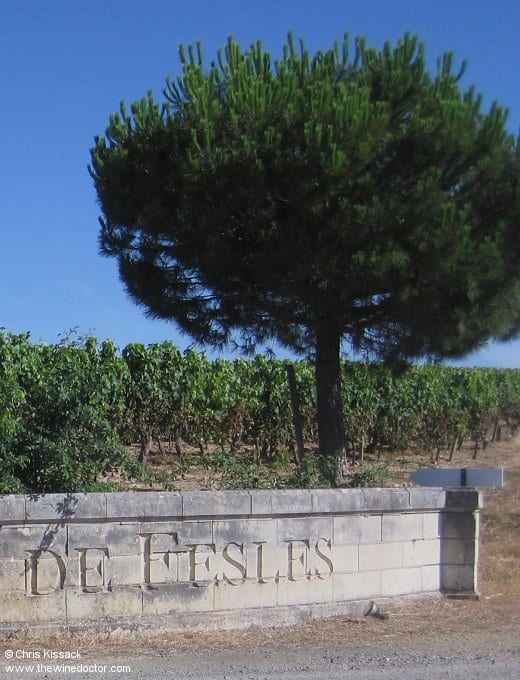 The role played by Jacques Boivin was no less significant. At the helm at the time when harvesting in tries returned to the vineyards along the slopes of the Layon, as described in Coteaux du Layon: Decline & Recovery, he also introduced vinification in oak barrels, which it is said he had shipped up to the estate from Château d’Yquem in Sauternes. What the Boivin family were running was nothing short of a model, flagship estate. The family went out on a high in early 1991 when they sold the estate for a good price to the celebrated pastry chef Gaston Lenôtre (1920 – 2009). What happened next was an abject lesson in the power of La Dame Nature. Three dreadful vintages in a row (1991, 1992 and 1993) opened Gaston’s eyes to the reality of making botrytised wines on the banks of the Layon, and despite making decent wines in 1994 and 1995 the estate was placed back on the market in 1996.