There are very few vinous stories in the Loire Valley that originate in Bordeaux. Some touch on that region of course; it is easy to forget, as an example, that ultra-natural winemaker Mark Angeli undertook his studies at the oenological lycée based at Château La Tour Blanche before moving to take up residence at La Ferme de la Sansonnière in Thouarcé. It is perhaps not so easy to overlook the influence Bordeaux has had upon the work of Philippe Alliet; his frequent visits to the region provided an obvious source of inspiration for him, apparent when tasting his wines.

Accepting these notable cases, there are few stories that truly begin in Bordeaux, fewer still that are rooted there for a century before the Loire Valley even makes an appearance. And those stories that straddle the two regions, with domaines situated in both, must be very rare. But the Germain family, currently in charge of two noteworthy domaines in Anjou and Saumur, certainly do begin their story in Bordeaux. And what is more, not only were they Bordeaux vignerons for many decades before they branched out in the Loire, they still have a firm foothold in that region today.

The Germain progenitor appears to be Vincent Saincrit, the family’s bloodline running through to the modern-day Germains through the women of the family, hence the change in name. Originally a rural miller living not too far from Bordeaux, it was Saincrit who made the move into viticulture and wine, and through his activities and those of his descendents the family’s portfolio of properties grew. Even today, although the latest generations have now settled in the Loire Valley, they have continued to exploit several estates located around the old Blaye and Bourg appellations. 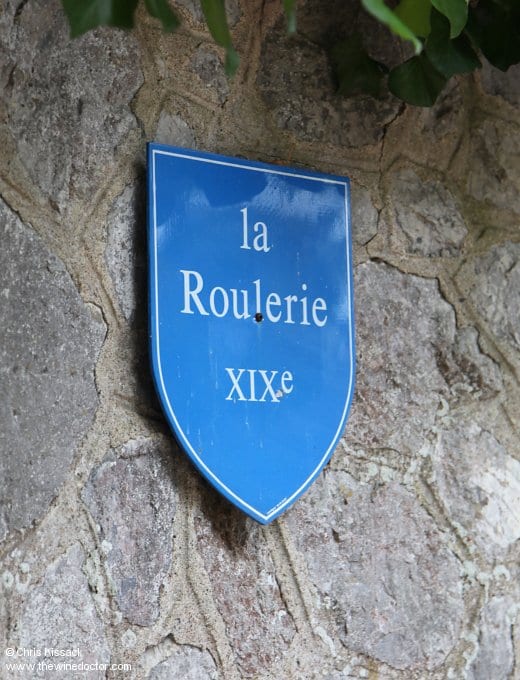 It was Vincent’s great-great-grandson Thierry Germain who made the move away from the Gironde and up to the Loire, taking possession of Domaine des Roches Neuves in Saumur in 1991. Shortly afterwards he was followed by his father, Vincent Saincrit’s great grandson, Bernard Germain. Although in Bernard’s case it might be more appropriate to say he came up to the Layon rather than the Loire, as of all the estates that he purchased Bernard Germain was perhaps best known for his tenure of Château de Fesles, which lies very close to Thouarcé overlooking the Layon. He purchased this property from pastry chef Gaston Lenôtre, in what seems for all the world like a bulk deal which also saw him take possession of Château de Varennes in Savennières as well as Château de la Guimonière and Château de la Roulerie, both domaines firmly within the Anjou-Layon appellations.