Following on from the region’s success and prominence in my Loire 2009 at Ten Years report, my notes on 25 dry white wines from the 2010 vintage at the same age is led by Muscadet. As I have already intimated in my introduction to this report, this was a time of huge change for the region. Only two years earlier, close to 5,000 hectares of vineyards had effectively been wiped from the appellation. And yet the quality-minded vignerons, those who wished to raise the appellation from the doldrums from the top-down with the introduction of the regional crus communaux (rather than trying to save it from the bottom-up by opening the door to varieties other than Melon de Bourgogne, a nonsense concept), were still pushing to get these new crus signed off, after more than a decade of development. 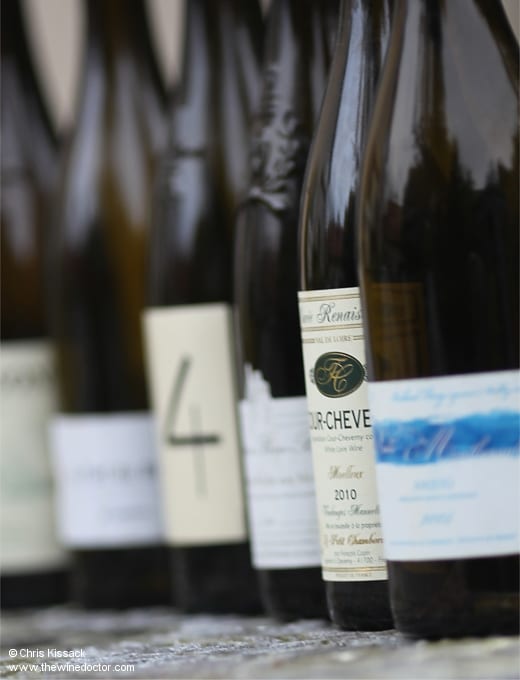 Do not let the fact that the paperwork had not been signed off suggest to you there were no crus communaux wines at this time though. The vignerons had been pushing for these new crus for years, and the region was already rich in bottles from Gorges and Clisson (just without INAO recognition as a cru), as well as a variety of other experimental long-lees-aged cuvées. For this reason my Muscadet Sèvre et Maine notes are divided between the true sur lie wines, the crus communaux wines (all prototypes at the time of the vinification of course, although I suppose by the time they had been bottled the Clisson, Gorges and Le Pallet crus had been signed off) and special cuvées (which at the time weren’t associated with a specific cru, or at least it wasn’t declared).