I have a confession to make; I’m a complete sucker for a great vintage. But then, to be fair, aren’t we all? Which would you rather have, a cellar full of Bordeaux from 1982 or 1981? And what would be your choice if the only options were 2000 and 1999? Aside from those who come out in hives just at the mere suggestion of having a cellar that features no region other than Bordeaux (sorry Burgundy and Barolo lovers, I didn’t mean to cause offence), I am certain that most would opt for the more recent vintage in each case. But that isn’t to say that the two earlier vintages don’t have anything to offer us; indeed, there are many interesting wines waiting to be enjoyed in 1981 and 1999, it is just a question of finding the time to explore these other vintages, or perhaps finding – especially with Bordeaux being so expensive these days – the right critic to guide you.

Can we think of some recent Loire vintages as having a similar level of greatness to these famous Bordeaux vintages? It is a more complex issue than you might imagine. When we think of great vintages in Bordeaux, we define these years by the quality of the red wines. We conveniently forget that the region also has a reputation for sweet white wines, and to a lesser extent dry white wines. For many though these ‘secondary’ styles are of lesser interest, and so it doesn’t seem to matter that neither 2000 nor 1982 has a great reputation for sweet wines in Bordeaux; their fame is assured by the desirability of their red wines. 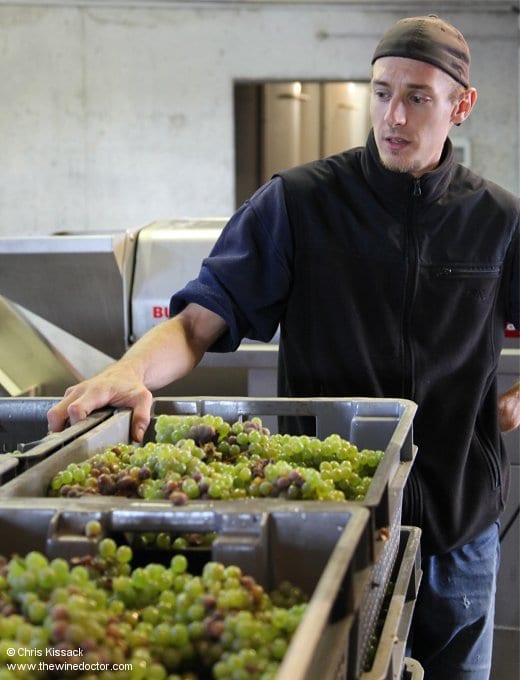 It is perhaps the same in the Loire; the three 20th-century vintages most commonly cited as examples of greatness here are, I think, 1989, 1947 and 1921. In each case, though, the reputations enjoyed by these vintages tend to be founded on exceptionally fine and long-lived wines from the leading Touraine appellations, specifically Vouvray and Chinon. There are other wines too, of course (I have tasted some excellent Muscadets from the 1989 vintage) but I suspect that it is the two Touraine appellations that matter most. Vouvray and Chinon are the Loire’s Pauillac and Pomerol. Perhaps this is why nobody yet speaks of 2005 and 2009 with the same hushed-tone reverence as 1989 or 1947 (although I have stuck my neck out and said it with regard to Chinon in 2009). Perhaps we need to allow the memories of the other regions and appellations, the ‘secondary’ interests if you will, to fade somewhat before we can focus on Vouvray and Chinon and ultimately settle into a comfortable (but perhaps slightly blinkered) belief about which vintages are truly ‘great’.

Sadly, although 2005, 2009 (and perhaps 2010 too) might be in the running for ‘greatness’, more recent vintages have been less favourable. Few would deny that both 2011 and 2012 have been difficult vintages for the Loire Valley. The 2011 growing season was a topsy-turvy one, when unseasonably warm weather in spring and autumn sandwiched a damp and dismal summer. In this vintage it was Muscadet that fared worst, with grey rot a particular problem, and this was an issue that could be traced through many other white wine appellations further upstream (although it was never as obvious as it was in Muscadet). But there were high points as well, especially with the sweet wines of Anjou, where the production of wines from the Coteaux du Layon, Bonnezeaux and Quarts de Chaume depends on the arrival of botrytis, which happily was out in force in this vintage. These are in many cases excellent wines, which we should all be tracking down and adding to our cellars. As I indicated in my first paragraph, ‘lesser’ vintages are always worth exploring, especially in a region such as the Loire Valley, which stretches out along many hundreds of kilometres, and which is so complex and diverse in terms of terroir and variety. There is almost always some success somewhere.