I visit the Loire Valley several times each year, always with a wine focus of course. Sometimes I may swoop in on a specific appellation or region, such as a trip I made to Muscadet the year before last, and last year I spent a week or two in Vouvray, visiting as many vignerons as were willing to see me as I could. Later this year I will be heading further upstream, to take another look around Sancerre and Pouilly-Fumé, as well as the associated appellations of Quincy, Reuilly and the like. At other times my trips are more wide ranging, such as my 2013 harvest trip, when I was able to visit in many different appellations in the space of just a few days, not only Sancerre and Pouilly-Fumé again but also a number of Touraine vignerons, including several in Bourgueil and Saint-Nicolas de Bourgueil.

The ‘big one’ for the Loire Valley, however, is the Salon des Vins de Loire, a huge trade fair held in Angers every year since 1987, and in recent years bolstered by the presence of numerous other tasting salons held at about the same time, mostly around Angers although one notable salon, La Dive Bouteille, is in Saumur. Regardless of the Salon’s current decline (it has been shrinking in recent years, and I personally believe it is in desperate need of reinvigoration) this is still the best opportunity to taste what the vineyards dotted along the course of the Loire have to offer. Here in one setting I can taste quirky wines from the Fiefs Vendéens on the Atlantic coast, all the way up to even more quirky wines from the Côte Roannaise and Côtes du Forez, two regions which are, in pure geographical terms, closer to Beaujolais than anywhere else. Nevertheless, they remain as much a part of the Loire Valley as Sancerre, Vouvray and Muscadet, don’t let anyone tell you different. 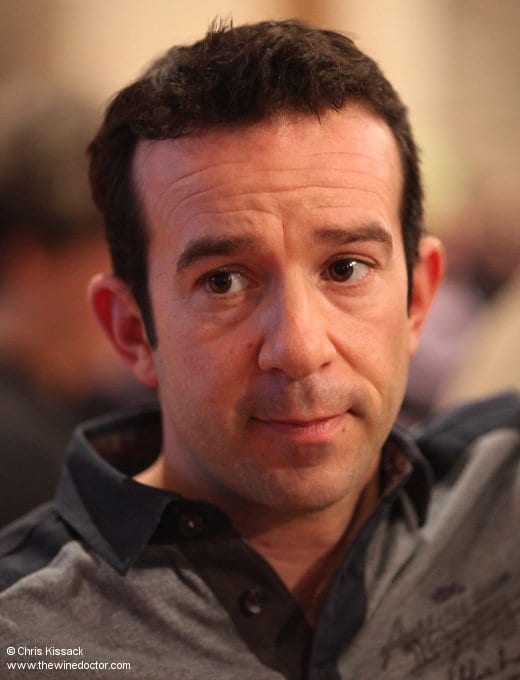 During the past few years, and I am thinking specifically of 2013, 2012 and 2011, the Loire Valley has endured some difficult vintages. The effects have been far-reaching, having an impact on the wines, the vignerons, and indeed on the region as a whole, and this has been evident during my numerous visits to the region. Although in each of these vintages pockets of success can be found (I detailed some in my Loire 2013 introduction), there were in each case some regions which suffered greatly. The vignerons in question have in many cases done a fantastic job, making the best wines they could in the circumstances, wines that are in some cases deliciously drinkable. But these were hard-won victories, yields were often well below the expected, and financial hardship inevitably ensued. A lot of belt-tightening has been necessary, and this may be one reason (although it is certainly not the only reason) why the Salon des Vins de Loire has been haemorrhaging exhibitors; the 2015 Salon was the most contracted I have ever seen. It is very expensive to attend and is therefore an obvious target when looking to reduce costs, especially if several difficult vintages marked by low yields mean you don’t have much wine to sell anyway.